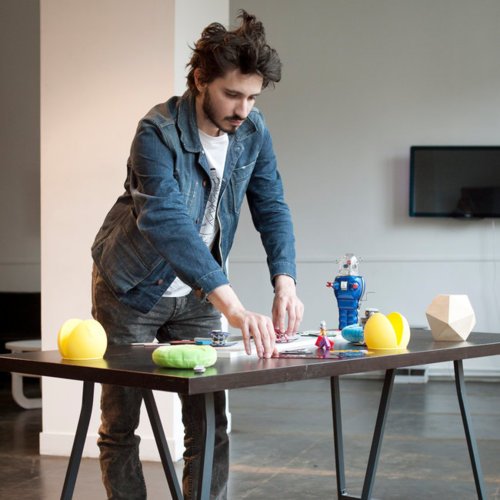 We all have our ideal game. Now there’s a company who can make that a reality.

Participating in the creation of one’s video games is a natural step for the genre,” Mr. Bounane said. “It has reached a level of maturity and refinement light years away from the very first platform games.

Abdel Bounane is the mind behind Amuse Me, a studio that hopes to cater to people who are willing to pay to see their own idea worked into a game. There are varying levels of quality, starting with a basic level which involves simple templates with custom elements. The Cadillac option is the “art game”

The third, deluxe option – the “art game” – consists of having an intricate universe invented for the customer by top-notch video game artists, most of whom have shown their work in major contemporary art institutions.

The result, delivered in its own tablet, and sometimes with an entire device or installation built around the game, can cost as much as 50,000.

I’m trying to put aside my cynicism of paying for custom art — for myself, one of the pleasures of art is being surprised, which is difficult if it’s made to order. I’m somewhat heartened that there are some “names” attached. Mark Essen (creator of Nidhogg and Cream Wolf, who also goes by Messhof) is one of the artists in the Amuse Me stable. If Amuse Me ends up being a failure, at least I can rest easy knowing it might subsidize a sequel to Essen’s surrealist classic Randy Balma: Municipal Abortionist.