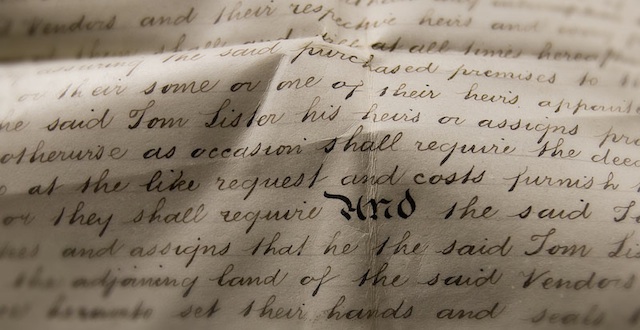 Every day we navigate around complexity. The computer you’re using, the car or train you ride to work, or even the money you spend. You don’t have to understand how electronics work to use a computer or have a firm grasp of inflation to buy a cup of coffee. You can go your whole life only understanding a tiny portion of something you rely on every day.

We navigate the complexities of life by shifting the burden to someone else. In design this is called Tessler’s Law. Complexity doesn’t go away; you just change who is dealing with it. This concept can be acutely observed in videogames; and by witnessing that dynamic, we can get a better grasp of dealing with it in our society.

I am a stuck in a Japanese role-playing game called Shin Megami Tensei: Strange Journey. Overall the game has been excellent. You can create hundreds of different demons to aid you in combat. A strong difficulty curve keeps the game entertaining. And a Metroid-style map of unlocking doors and abilities creates the satisfaction that comes with exploration. But I have finally encountered a boss that I can’t beat.

Essentially the creature heals itself every round, in addition to its usual attacks. I have to do more damage than it can heal, plus enough to eventually kill it. The creature is also resistant to almost all attacks except fire. This means I must coordinate a party of demons with fire abilities, that also synchronize with my alignment, to perform a special group attack. There’s no other way to do enough damage to kill the boss. The problem is that I haven’t been building a party capable of this.

The game did warn me to do this about 30 hours earlier, when I first started playing. It taught me how to coordinate attacks and strongly suggested I focus on this technique. But I learned how to defeat most of the bosses by experimenting with odd strategies, and I found myself enjoying the game’s collection aspect. Strange Journey plays a lot like Pokemon on LSD. So now that I’m two-thirds through, I find myself stuck. I have not developed the proper party for coordinating the kind of assault I need to progress.

Who is at fault? Myself, maybe. It never became obvious to me that I was about to hit a brick wall. But I should have realized a Shin Megami Tensei game was going to get brutal, and stopped playing like a tourist. My only option now is to grind for hours until I’ve built a suitable party.

On the other hand, I’m not the only person to get stuck here. One reviewer sites this as the point at which they started to struggle with the game. Even a FAQ calls it potentially the hardest boss, depending on your situation. If enough players get stuck at the same point in the game, then responsibility falls to the designer. Strange Journey’s design was, up to this point, wide open and diverse. The boss represents a narrowing of an enormous system of choices to only one viable strategy to win. This happens to be a strategy I can’t deal with.

At a certain point the complexity becomes too baffling for even the very people making the laws.

Complexity is not something that you can ever really remove. While in Strange Journey complexity is a consequence of hundreds of demon combinations, in real life it’s a consequence of people themselves. In his History of American Law Lawrence M. Friedman comments that the early colonies had no lawyers and no legal codes, and that disputes were resolved by one local governor. It does not take a lot to govern a small group of people. As the population got bigger, more problems emerged and eventually new rules had to be enforced. Those rules started generating complexity, and eventually lawyers emerged to specialize in dealing with it.

Today, we are increasingly confronted with the difficulties of having one large government attempt to effectively govern millions of people. In order to do that, you have to create an equally large body of rules that covers all potential contingencies. At a certain point the complexity becomes too baffling for even the very people making the laws. The healthcare bill that generated so much controversy is more than 1000 pages long. Even if someone dedicated months to understanding such a document, it will impact millions of lives who do not have the time or inclination to grasp it. If a law is so complex that only a few can understand it, then there’s not much difference from the citizen’s perspective between that and having an authoritarian government.

Other examples abound of the complexity of law in our lives. The EULAs no one reads but assent to daily by merely visiting a website. The insurance contract that your life may literally depend on someday, but you’ve barely even glanced at. The copyright laws that are constantly changing and being enforced. Each of these things is important, but the time it would take to truly understand them is potentially months. Even if you try to purge the confusing legal jargon, all that complexity—thousands of terms and rules—is still there. The EULA or insurance agreement doesn’t become any less complicated; someone is just telling you the most important parts you missed. It is still a massive body of rules.

Strange Journey’s rule system is nowhere near as complex or confusingly phrased as a typical government law or contract. A couple dozen pages written in plain English are provided in-game on how things work, and the player is advised to read them when they have a chance. I did, including the part about stacking my attacks; yet now here I sit screwed because I didn’t take it seriously. There was just so much going on in the game that I didn’t really notice. You could blame this happening on me; you could blame it on the designers; you could mock the genre conventions or even the game itself. Each of these things is responsible in some way, and just fixing one will not necessarily resolve the others: the game tried to warn me, but some players missed its warning. With choices comes complexity, and with complexity comes the question of who is responsible for dealing with it.