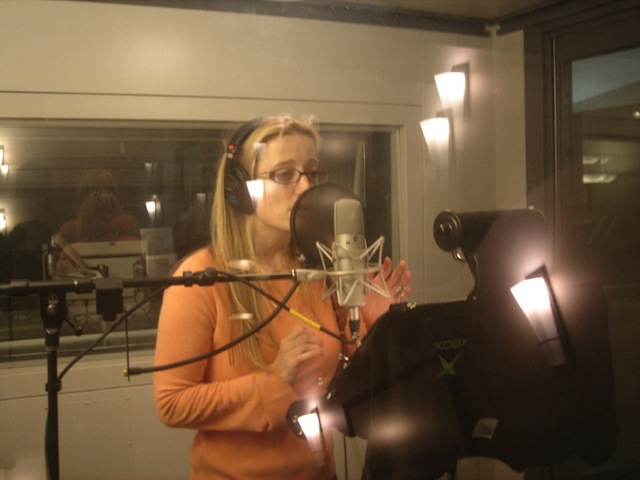 by Ben Richardson
Jen Taylor has been talking in Master Chief’s ear since the beginning. As the voice of Cortana, the veteran Seattle stage actor dispenses advice, moral support, up-to-the-minute engineering know-how, and the occasional wisecrack. In Halo, she has the only gig that can rival her stint voicing Princess Peach for sheer nerd cred.

Cortana’s character and her relationship with the Chief take on special significance in Halo 4 (out today). A condition called “Rampancy” threatens Cortana’s digital sanity, and the odds against saving the galaxy grow longer.  We spoke to Taylor by e-mail about life as a bright blue, increasingly demented hologram.

Kill Screen: At this point, you’ve found long-term success as the voice of two very well-known characters. Are there specific elements of your acting technique that you think make you well-suited to video game voice acting?

I’ve been working in voice over work for about 15 years now and every time I do a project I learn something new that I then get to add to my toolbox. In regards to video game acting, I use my body when I do voice work. Engineers love to make fun of me for this but quietly physicalizing helps me find truth in my character’s situation. And like anything, the more experience you have the better you are at it.

You’re also an accomplished stage actor. Do you draw on any particular techniques you learned on stage when voicing Cortana?

Do not mumble. Speak clearly and slowly, unless weapons are being fired at you.

Do you have a favorite role to perform onstage?

I’m not sure about particular roles but I do enjoy roles focused on language. Shakespeare is a favorite as is Shaw.

If you could compare Cortana with a well-known character in the dramatic canon (in Shakespeare, say), which would it be?

Ariel in The Tempest maybe?  I’m just throwing that one out off the top of my head.

How is playing an AI different from playing a human being? Is it possible to underscore that difference using specific elements of your performance?

I particularly choose not to play it differently. She’s almost more “human” than Chief so it’s more interesting for me to focus on her humanity.

Do you have any freedom to change dialogue to suit your interpretation of the character? Or is that not part of the voice actor’s metier.

The writers spend a good amount of time agonizing over each and every word so I do my best to give them that for which they’ve asked.  They are adaptable if we just can’t “make a line work” though.  Sometimes we get to improv but that has to be at a formative stage of the game. 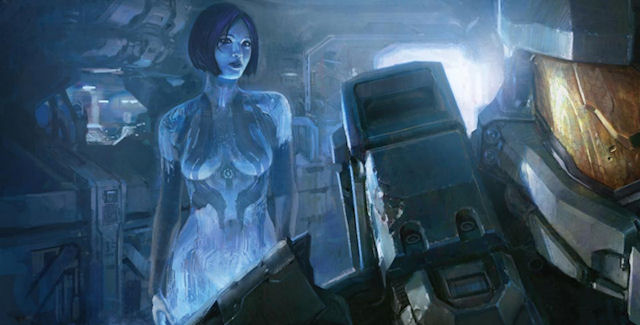 Cortana is reaching the seven-year “age limit” for AI constructs. How does this affect her “mental” state, behavior, and speech? How did you approach capturing this approaching crisis while voice acting?

I fear giving you too many details on this one to avoid spoilers. Sorry.

Apart of from cutscenes and story beats, Cortana has a lot of lines like “affirmative. Let’s go.” How do you keep these procedural moments from sounding boring or perfunctory?

They are just as much a part of Cortana’s story arc as her longer lines. I’m simply doing my best to tell her full story.

Which has been your favorite scene to voice act, so far?

The last scene in Halo 4 that Steve and I recorded together is a favorite… or that stupid song I sang in Halo 3 that they never used (Marty O’Donnell I shake my fist at you).

Have you had an experience working on the Halo series that might surprise or amuse long-time fans? Last-minute plot or dialogue changes? Lines that were particularly hard to say without cracking up?

Not many people know that Cortana was originally a tiny, invisible, pink dragon that sat on Chief’s shoulder and only sang limericks.  I’m not sure why they changed that at the last minute. Actually, half way through my work on Halo 4, I tore both my calf and shoulder muscles.  It made Mo-Cap a bit of a challenge. I really used it while recording some of Cortana’s dialogue. Pressing on my shoulder really hard simultaneously relieved the pain and intensified it. I think it helped.

Cortana is certainly a fan favorite character. Apart from the excellent voice acting, why do you think she has such a deep and lasting appeal?

She’s your lucky charm, isn’t she? It’s easy to like a character who helps save your life over and over and over.

It seems that with every successive sequel, Cortana loses a layer of stylized, geometric “clothing” and gains a cup size. Do you agree with producer Frank O’Connor’s contention that Cortana chooses to appear the way she does in order to put the people she’s conversing with off guard?

Is that what Frank said? He’s the boss so I am nodding my head on that one.