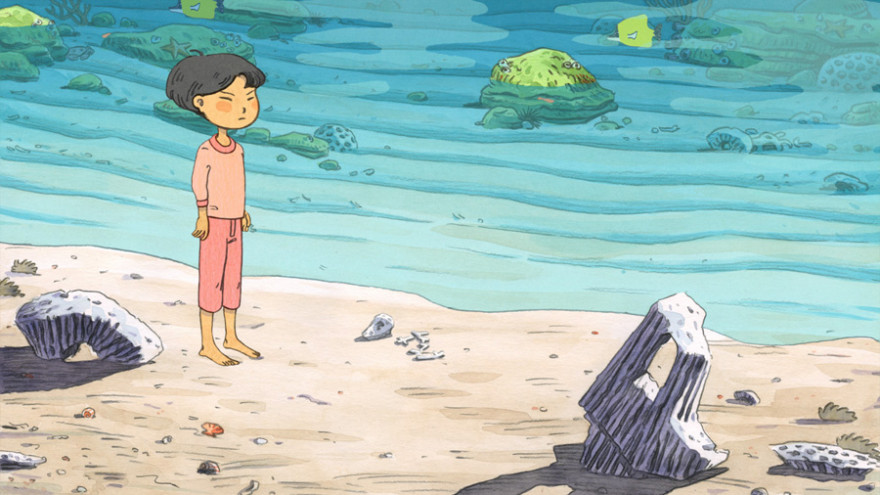 I suppose it’s safe to admit this now: as a kid, I had a lively imagination. In second grade, I even had several imaginary friends who used to escort me to the bus stop and keep me company while I waited (no-one’s going to tease me about this any more, right?). This included, if I recall, my blue zip-up hoodie, which had its own personality and opinions. Alas, they have all vanished now. I don’t regret having developed into a rational, emotionally stable adult, but I will say that my walks to the bus have been rather lackluster since.

locations that a kid could imbue with a dozen different stories

But hey, the new trailer for Atelier Sentô’s The Coral Cave gives a little of that whimsical childhood world back. It depicts the game’s main character Mizuka as she wanders around locations that a kid could (and almost certainly would) imbue with a dozen different stories and spend endless uninterrupted summer weekends exploring. She roams through shipyards, over beaches, and into the jungle around her home on an island in Japan’s Okinawa archipelago—all scenes meticulously drawn and painted by Atelier Sentô’s comic artist duo, Cécile Brun and Olivier Pichard.

So far, Atelier Sentô have given us little to go on to understand the story of The Coral Cave, but according to a very brief outline on their website, Mizuka will awaken from a strange dream to find that her village is in danger. The key to setting things right for Mizuka will be interacting with the “mysterious spirit world” on the island. Players will navigate the world point-and-click style and will be presented with puzzles to solve along the way.

Unfortunately, there’s no word yet on when The Coral Cave will be completed. The game has been in development for well over a year, but Atelier Sentô admits that there is still a lot of work to do. For now, you can find more information about the game on its official site and Atelier Sentô’s devlog.