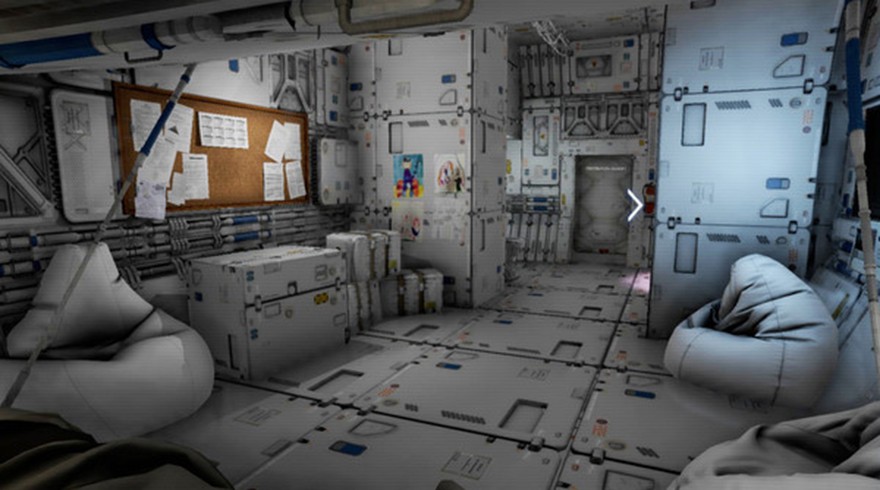 When we say something is Kafkaesque—beyond the obvious tautology of Kafka or his books—we generally mean that a particular something captures a spirit of bizarre mundanity. The Oxford English Dictionary offers things like “oppressive” or “nightmarish” in its definition of the word, but there is a core of quotidian horror to the experience: Gregor Samsa wakes up transformed into a scarab beetle and his first concern is being late for work; Josef K. is accused of some great and nebulous crime, and the narrator assumes that malicious gossip is at the root of the charge. Part of the our enduring fascination with these two examples is the way in which a commonplace life slurs into oppression and the bizarre; yes, freaky shit happens behind closed doors in the bank that employs Josef, but it’s not unfamiliar to those who have watched The Wolf of Wall Street or followed the allegations surrounding, say, Dominique Strauss-Kahn’s parties.

But, in a sign of how familiar the conventions of science fiction are becoming, Corpse of Discovery takes Kafka’s strain of worldly alienation to an alien world. The game’s story is relatively simple: you play a disappeared astronaut who must explore a desolate, Mars-like planet (which demands a more powerful computer than mine to do the draw distance justice). You hop along to five different points in the belief that, once you complete your mission, you will be rescued. But despite the assurances of your bureaucratically optimistic AI companion, this relief does not happen: left alone on a desolate world of red rock, dust storms, and voracious solar radiation, you quickly die. And then you wake up the next day, in the same bed, in the same base, to try the same thing again—only with a different background, a different script, a different set of items to collect.

Accompanying you throughout this banal exercise is your AVA unit, a relentlessly cheerful inversion of Douglas Adams’ saturnine Marvin: she’s brimming with good advice for your career, your retirement, or the current mission status. At one point, she reminds you that the success of this mission will allow you to retire and enjoy a quiet family life; at another, she advises you to cryogenically freeze yourself until your dream career becomes a legitimate possibility, sometime in the distant future. By relentlessly parodying the message of a particularly extreme Human Resources department, the videogame makes the beautiful vistas banal: running around a brave new world is just another day at the office; climb a massive hill, enjoy the heretofore unknown view, and receive an email from HR about a new innovation to your company’s retirement strategy. As though Cortez, silent on a peak in Darien, thought the Pacific Ocean was a water cooler around which to chat.

This repetition—again, a variation on a fetch-quest with a few mix-and-match mechanics—helps to blend the humdrum and the unfamiliar together: some maps feature inhospitable solar radiation, making it essential that you keep to the shadows of unknown spires and mountains; others require a limited-use jetpack to sail from one crag to the next; still others combine these various elements in order to provide the illusion of variety. When combined further with various surreal touches—silver portals that take you into kitchens, the accidental discovery of plates of cakes and burgers—the fantastic is made depressingly professional. It’s all one day at the office—here’s today’s memo, just mind that you avoid the lava fields.

But if Corpse of Discovery were just a chimera of corporate parody and rote sci-fi, it would be a forgettable project. But the emotional core of the entire experience is the regular messages from the protagonist’s family: the nuclear wife and daughters. The first message is a cliché farewell: the wife is worried but proud while the youngest daughter is so sweet your back teeth hurt. But as the missions continue, your family moves on without you: the oldest daughter grows distant, and moves from the shared space of all young children into a room of her own; the youngest heartbreakingly recites Goodnight Moon. Your wife now believes you are dead. The real world turns without you as you are trapped on this brave new one.

You are no Gregor Samza, abandoned to your strange beetledom by a retreating family; you are taken into a surreal, shifting world—named Tellurus, by the by, from a Latin word meaning “earth”—and removed from any real action of consequence. The chipper and corporate AVA reminds you of various employment benefit programs and how monumentally significant the work you are doing is, but the words ring hollow when you are given these doses of real life: a view of your family’s kitchen, or the way ice cream reminds you of your character’s sweet tooth. These touches of pathos add a third dimension and invite all manner of comparisons: it’s the videogame version of “Cat’s in the Cradle.” Or it’s a metaphor for how the corporate life can eat away at your own. Or it’s an exploration of the surprisingly small gulf between the familiar and the foreign. Like Kafka’s own novels, these comparisons fit the work, but the work always surpasses the resemblance: Corpse of Discovery is all of the above suggestions, and more.

It’s all one day at the office—here’s today’s memo, just mind that you avoid the lava fields.

But to talk about Kafka is to talk about fables. The Trial is an allegory for the impersonal and arcane law; The Metamorphosis is an almost unaccountable fable for, perhaps, the life of the writer or the way in which our family lives fall apart. Corpse of Discovery works as a fable for a life spent at work, for the way in which the alien and unfamiliar fall into tedium, or for our own lonely approach to death. The ending is vague (and, to be fair, the point where a tightly constructed subtext starts to fall apart), but its vagueness nevertheless supports a surreal reflection on the now-common worlds of science fiction.

The sub-genre of videogames focused on the exploration of an empty planet—from the Unreal Tournament 2004 mod Moon to the relatively recent (and rough around the edges) Lifeless Planet—tend to emphasize the isolation of the experience. Moon is a stark and lonely grayscale affair; Lifeless Planet’s dry landscapes, crumbling ruins, and despoiled forests all liken the game to the experience of walking through a forgotten graveyard. In both examples, the crucial sense of isolation is maintained by a muted color palette, a lack of background music or the presence of atmospheric sounds like the constant and quiet drone of wind. But Corpse of Discovery does not give you that kind of space: your family misses you and the claustrophobic sound of your own breath inside a spacesuit is interrupted by a helpful suggestion from AVA. You are not truly alone in Corpse of Discovery, but the videogame shows how loneliness is a question of degrees and shades, and not a simple binary. It is through this three-dimensional exploration of the pilgrim on a foreign world that the game shows its worth.