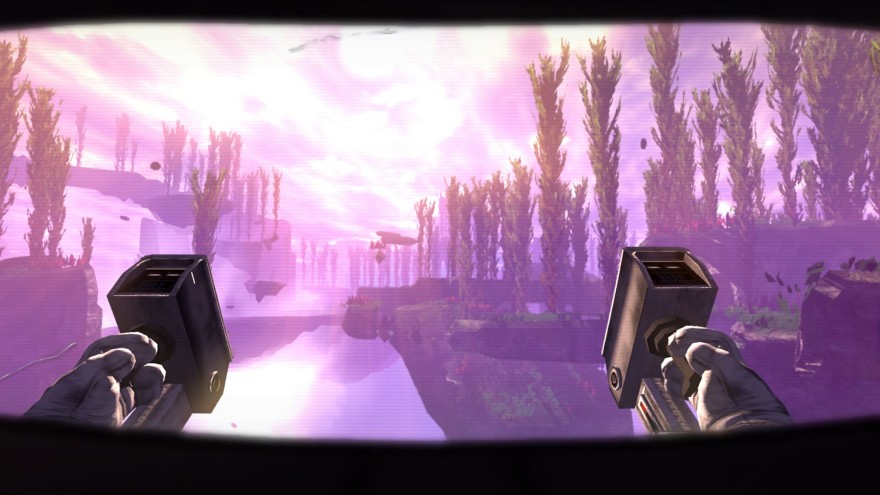 Corpse of Discovery is an upcoming PC game that looks like it combines the horror of being lost on an unknown planet with the wonders of exploration. You play as a stranded astronaut who has to brave the harsh and unfamiliar conditions of new worlds while searching for a way to return to your family.

It’s like The Martian in game form, and you can’t get mad at me for making that comparison because the developers over at Phosphor Games said it first.

The debut teaser above shows off a variety of locales, including the dusty red planet you seemingly crash landed on, a viney alien jungle with trees like insect wings, and a dark ocean with bioluminescent seaweed. Things like dust storms, tornadoes, and dinosaur-like creatures may be among the dangers you’ll face, but they’re also beautiful sights to behold.

What sacrifices will we make to be successful?

With Corpse of Discovery, creative director Chip Sineni hopes to explore the difficulty between balancing work and family, pulling from some of his own experiences to ultimately ask, “What sacrifices will we make to be successful?”

Sineni actually used his own family in the game through voice-overs and images so that he could remain close to them while working, which is a strange irony. I wonder if that in itself will translate into the game somehow.

Corpse of Discovery launches on PC sometime in 2015. Check out its website for updates.