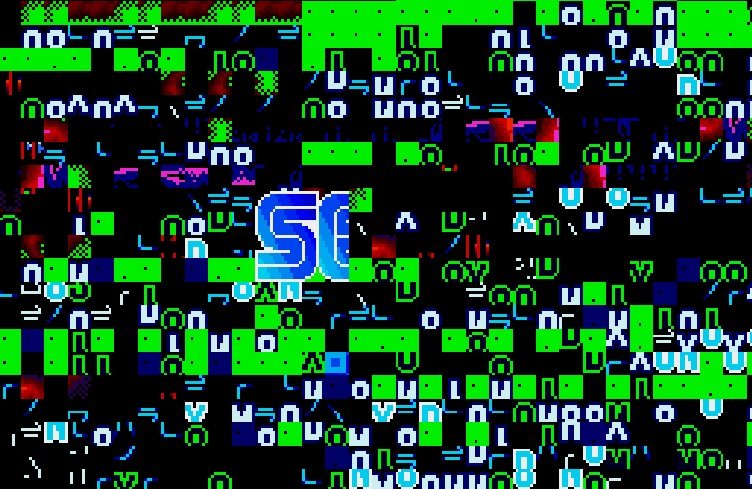 Two fighters behind a curtain of pea green. A bobsled dives into a sea of broken pixels, tumbling into a geode-like fractured structure far removed from the icy-whiteness of the Winter Olympics in Salt Lake City in 2002. The frenetic golden glory of Fantastic Dizzy (1991). These and more make up the Tumblr blog known as Corruption as Art, a compilation of classic videogame glitches that promises “art through computer generated chaos.”

“I was originally drawn into doing this by my desire for tinkering and watching things fall apart, not by any sort of aesthetic,” the creator of Corruption as Art told me. The glitches come from a variety of games from Final Fantasy VI (1994) to the aforementioned Fantastic Dizzy, and span all sorts of consoles. Using the corruption tool BizHawk, the blog’s owner corrupts the games in real time: “Basically that means that instead of corrupting a file once, it continually changes data in either the game’s data or the system memory.”

GIFs that wink from hacked emulators of a bygone era

This allows for more on-the-fly GIF creation and for greater variability since the creator doesn’t have to continually alter the game’s data to create interesting gifs: “[the real time corruptor] eliminated a lot of tedium and frustration that comes with most rom corruption tools… As a result of my process, I have the luxury to pick and choose which corruptions I want to show on the blog, and there’s a lot of stuff that ends up on the cutting room floor.”

The result is a multitude of fractured games, glittering GIFs that wink from hacked emulators of a bygone era. You can see the corruptions for yourself on Tumblr.