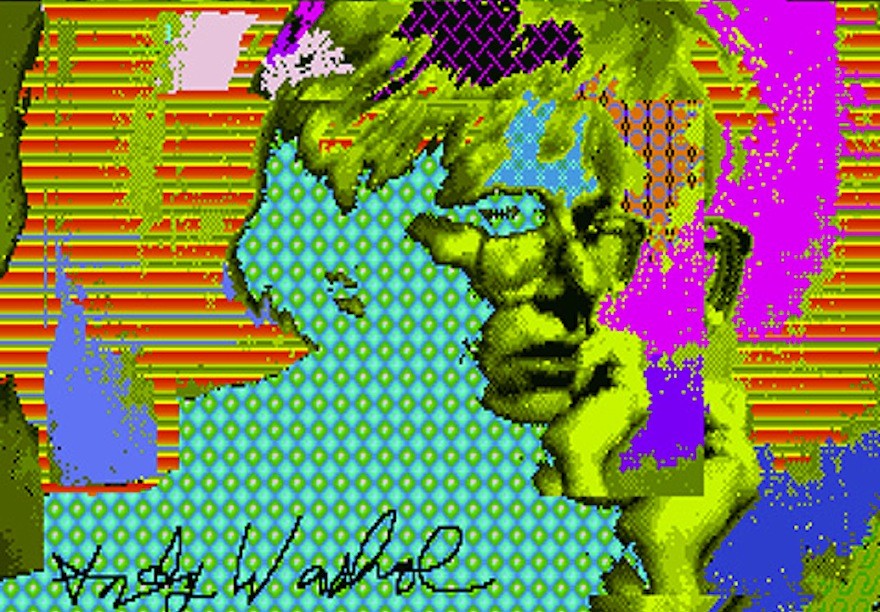 Working alongside Cory Archangel, the artist best known for removing everything but the clouds from Super Mario Bros., a team of archivists and forensic experts has extracted early digital artwork of Andy Warhol from some corrupt disks.

The art is what you’d expect to find Warhol doodling on his home computer in 1985: squiggly Campbell’s soup cans and pixelated self-portraiture. He had created the art on an Amiga 1000 in a program called Graphicraft and stored the images on magnetic floppies, but, as we know in hindsight, those die remarkably fast.

Retrieving the 28 images of lost pop art required some skillful reverse engineering, because no one on the team had even heard of the archaic file format the images were stored in. The whole process has been documented in a film called Trapped: Andy Warhol’s Amiga Experiments that will be shown in Pittsburgh and online in May.