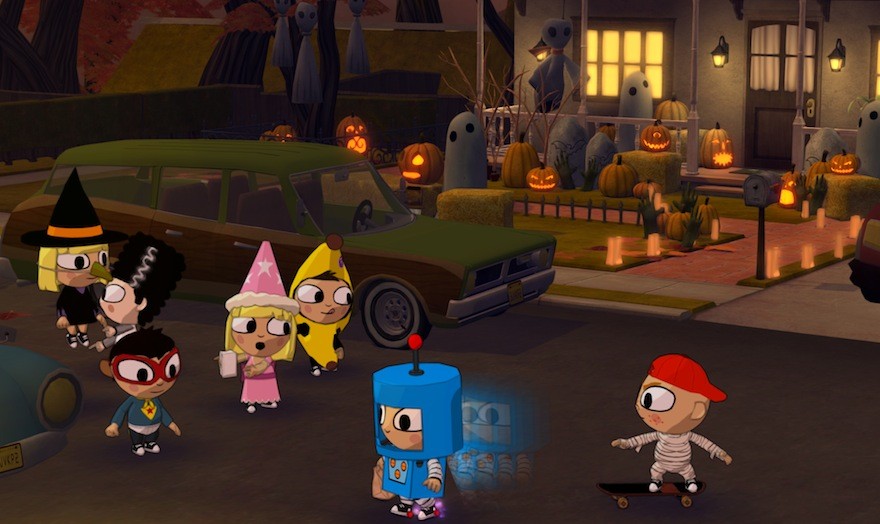 Costume Quest was a sleeper of an RPG which traded in charm. And the second game in the series, announced yesterday, promises to be adorable too. And really how could it not be, with Tim Schafer and crew making a game about tikes trick-or-treating? This one is definitely filed under the “kids friendly” division of Double Fine’s game-ography, but not in the same camp with titles like Double Fine Happy Action Theater and Sesame Street: Once Upon a Monster. It’s been RPG-ified enough so kids-at-heart can get caught up in the whimsy.

I’m a little surprised at the announcement, as the first game received positive but temperate reviews. But since it’s getting a sequel, apparently the game has a soft-spoken, demure fan-base out there somewhere. The reveal is below, but there’s nothing in the way of in-game footage sadly, just Double Fine folks being zany.