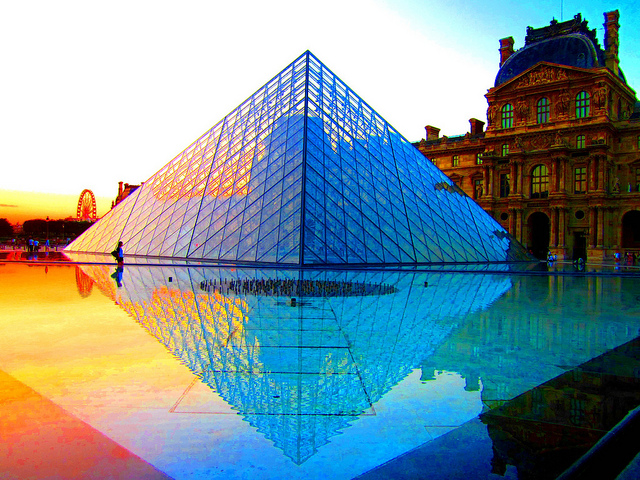 As games crossed over from niche pasttime to mainstream success, more and more world-class artists have lent their vision to the pursuit of digital leisure. Stephen Spielberg has put his fingers in many a game-pie, from 1995’s PC adventure The Dig to the unrealised project for EA, codenamed LMNO. Composer Philip Glass contributed a song to Chime, a rhythm puzzle game whose proceeds went to charity.

But where is the final level fortress designed by I.M. Pei?

Notable architects have focused their efforts on real-world buildings—until now. With the announcement of Norman Foster’s design firm working on a lunar base for the European Space Agency, we may see more architects trading in their blueprints for a motion-capture bluescreen.

What makes this transition finally possible? The meteoric growth of 3-D printers.

“Foster + Partners designed the new moon shelter concept based on a 3-D printer… the machines can theoretically make anything.”

Early game composers coded the music using software—stalwart 8- and 16-bit instrumentalists like Hirokazu “Hip” Tanaka and Yuzo Koshiro were programmers, in addition to musicians. But when CD-ROMs made recorded music possible, such like real-world instruments could be sampled instead of faked, boundaries fell between the concert hall and the game console.

Now we routinely see popular artists like Beck collaborating with game creators, not only scoring pre-existing play but using music as an integral part of the mechanics, as seen in the PlayStation 3 game Sound Shapes. The advancement of 3D Printers could provide that same kind of cohesion between architects and level designers.

Writing for Popsci.com, Rebecca Boyle explains how the new technology has already affected the process of Norman Foster’s team, whose team’s previous projects inclue 2 World Trade Center and Apple’s new campus building. “Foster + Partners designed the new moon shelter concept based on a 3-D printer–which in some ways is liberating, because the machines can theoretically make anything.” Building the proposed lunar base model sounds like a mission from Mass Effect already:

“First, a cylindrical base would fly to the moon on a rocket, unfolding from a tubular canister when it arrives. The dome inflates from this cylinder, […] then robotic rovers cover up the dome with regolith, sintering it together with a 3-D printer to create a hard shell.”

If the printers continue to evolve and expand, architects previously limited by factoring in real-world physics and material costs will soon be designing with an unprecedented amount of freedom. Such liberation could very easily translate into an acceptance of and curiosity about building structures for other theoretical spaces—namely, game-worlds.