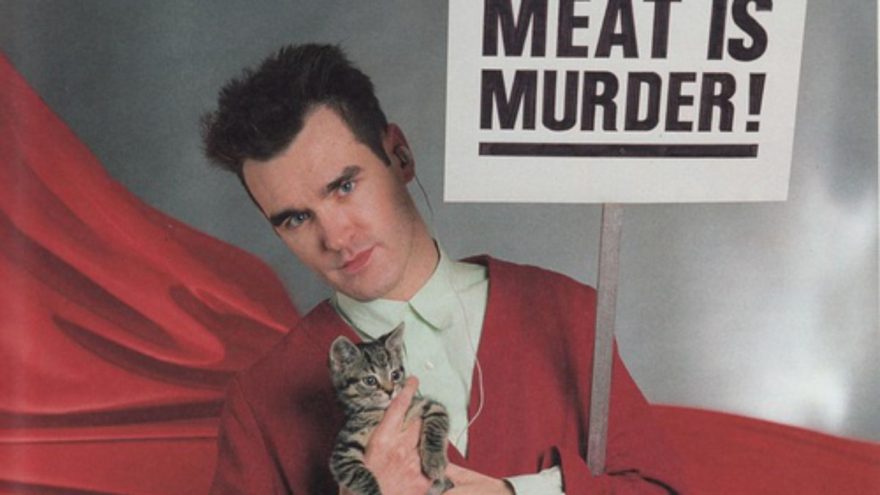 Stop me if you’ve heard this one before: Morrissey has yet again teamed up with PETA, this time to create a game illustrating the atrocities of factory farming. Created by independent studio This Is Pop, This Beautiful Creature Must Die is a highly-stylized 8-bit clicker that, at first glance, is all too reminiscent of Flappy Bird (2014).

The original woke heartthrob, Morrissey has been unabashedly pushing his animal rights agenda since 1985’s Meat is Murder. The singer and PETA are a natural pair, both sharing a penchant for the criminally vulgar, and the desire to liberate animals by any means necessary. Unfortunately, that determination doesn’t translate into the game’s content, or lack thereof.

PETA’s new game is neither visually impressive nor thought-provoking

The goal of This Beautiful Creature Must Die is simple: save falling cows, pigs, turkeys, and chickens (each with their own panel) from the spinning blades below.  The occasional bomb (which obviously should not be clicked) is the only thing that breaks up the game’s repetition.

Though PETA’s work is not solely centered on factory farming, the organization highlights it as one of their most exigent issues. PETA has struggled with being too revolting in the past (case in point: their sinister handbag stunt from a few months ago), but their new game is neither visually impressive nor thought-provoking—something they generally succeed in doing, if nothing else.

Barbarism begins at home, and you’d think that an accessible, non-threatening clicker would be the perfect way to get people thinking about animal cruelty. Morrissey boldly claims that, “This game is the biggest social crusade of all, as we safeguard the weak and helpless from violent human aggression. You don’t get that from Pokémon Go.” But the game grows tiresome in record time, and without a goal, it’s difficult to imagine how it would change anyone’s opinion, let alone start a conversation about the very real atrocities of factory farming.

You can play the game for yourself here.