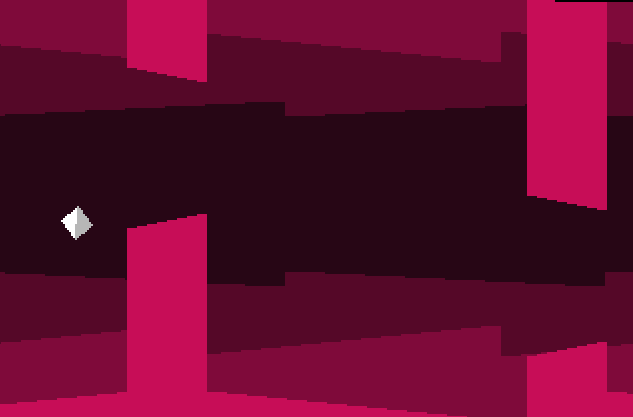 We’re breaking our self-imposed Flappy Bird embargo because the game has inspired something awesome and new. Terry Cavanagh is known for making perversely challenging games like Super Hexagon. So it comes as no surprise that he made a game in honor of Flappy Bird, the little game that at this point really needs no introduction.

He’s calling it Maverick Bird, and it’s pretty much exactly like Flappy Bird, except Terry Cavanagh-ified, with an almost-bearable dubstep soundtrack and pulsating rhomboids instead of that pitiful looking bird and warp pipes. He made it as part of the Flappy Jam, a game jam that challenged designers to create a hard, almost unplayable game with graphics inspired by the Internet-infamous game; he nailed it.

You can rekindle the magic of slamming repeatedly into the second wall by playing it here.