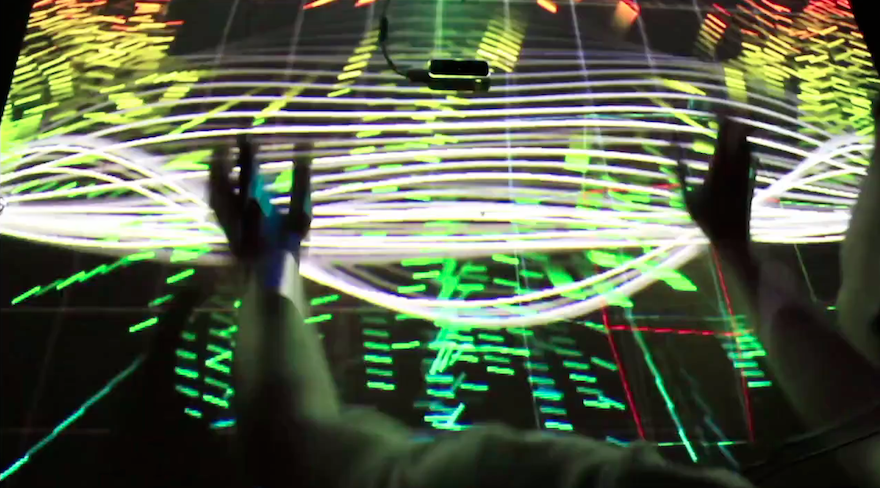 by Noah Waldman
@my8bits_
Google+
Physical touch is something that’s been sorely missing as music has become more digital. You’re not going to see a producer going all Pete Townshend on his $10,000 dollar studio equipment. But a weird and wonderful acoustic research project by Felix Flair turns any hard surface into a tactical musical instrument, bringing back some digital-physical contact.

The installation, called Contact, uses some fancy-pants tech like contact microphones, passive sonar, and waveform analysis to recognize precisely where and with what part of the hand a surface has been hit. The beating is then digitally and head-noddingly turned into music. Wrist and fingernail hits trigger classic 808 Kick and Clap sounds, and the audio can be recorded and played back with a custom built loop pedal. It also uses projections to create a custom light-show based on the music played, which looks as awesome as the tech behind it sounds.

Watch below to be dazzled by the world’s wildest drum kit/kitchen counter.