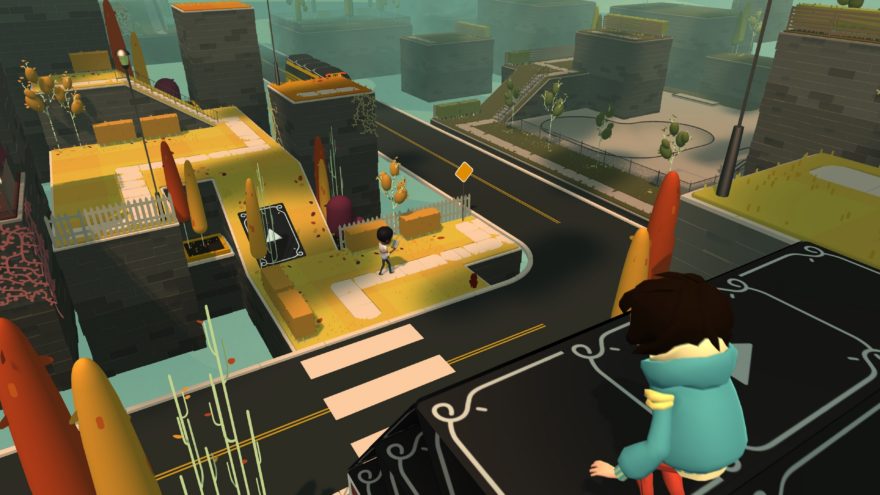 When you’re young, everything can feel like the end of the world. Your crush doesn’t like you back, or you didn’t get selected for the varsity soccer team, or mom embarrassed you in front of everyone at Career Day. The universe seems to collapse under you, the tenuous building blocks that made up your life snapping under their own weight.

That’s the basic concept behind Where Cards Fall, a narrative-driven puzzle game by the makers of Alto’s Adventure and and an ex Giant Sparrow designer. The newest trailer sets the release for this fall on iPhone, iPad, Apple TV, Mac, and PC. As a coming of age story, it explores adolescence through a building mechanic—but with a twist. All of the houses are built on cards, presumably as a metaphor for the fragility of teenaged existentialism. Puzzles will revolve around building, collapsing, and combining these papery structures, as you build the world around you one card at a time.

the fragility of teenaged existentialism

The new trailer focuses on a sprawling, brightly lit world that is raised and destroyed in real-time around an of array of teenagers. In one scene, a girl and a boy meet in the doorway of a coffee shop as the building shakes, jostled by feet of another boy jumping on top of the roof. Coming from Giant Sparrow, the studio that released the painterly The Unfinished Swan, designer Sam Rosenthal emphasized how the mechanics serve the games’ story, which is counter to the usual design approach of slapping on a half-assed narrative onto a set of unrelated game mechanics.  According to the press release, “At its core, Where Cards Fall explores how our most fragile memories of the past can become the strongest foundations of our future.”

With a tone and mechanic inspired by Radiohead’s “House of Cards,” we can only presume the game will rock out with a quiet sense of passion.

You can learn more about Where Cards Fall on the game’s website.