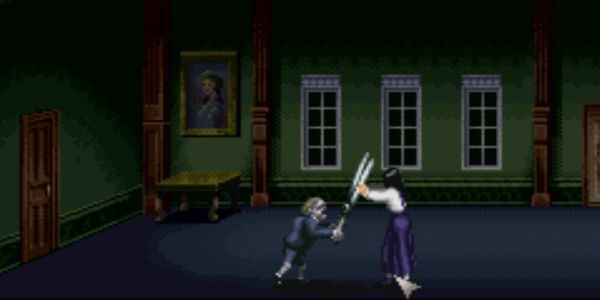 “There is no terror in the bang, only in the anticipation of it.” – Alfred Hitchcock

Hifumi Kouno, creator of the classic 1995 Japanese horror franchise Clock Tower, announced an upcoming spiritual successor to the series, to be developed by a small studio with some very big names, called Nude Maker.

The game’s working title, Project Scissors, is a clear reference to the franchise’s original villain: a psychopathic nine-year-old boy wielding an enormous pair of scissors that appears to be a deformed attic child of sorts. The series was praised for its emphasis on more subtle psychological scares, relying on the fear of a vulnerable avatar constantly stalked like prey, rather than a gun-toting bad ass a la Dead Space. Kuono says that, moving forward, development of Project Scissors will remain “focused on staying true to the essence of what I created in Clock Tower,” which he defines as “edge-of-the-seat suspense and fear of an unknown.”

Aside from Kuono, several other Japanese Fathers of Frights are signed up to develop Project Scissors. Silent Hill 1-3 monster designer Masahiro Ito will lend his delightfully grotesque talents. Film director Takashi Shimizu, the man responsible for Ju-On and its American remake The Grudge, is serving as not only a story collaborator, but also directing an upcoming live-action trailer for the game. (Which: ugh, live-action trailers.)

The story takes place on a luxury cruise ship, where a series of gruesome murders attacking both passengers and crew members leads you into a mystery-solving adventure to find the culprit. The middle-of-the-ocean setting certainly seems ripe for the inescapable suspense that the original game excelled at. If it mimics its predecessor, players should expect object puzzles that trigger unpredictable encounters with a blood-thirsty villain.

Project Scissors is slated to release on Vita, iOS, and Android. It hopes to deliver the “ultimate J-horror experience” to players, while in the process proving “that the Japanese game industry and its indie spirit is still very much alive and kicking.”