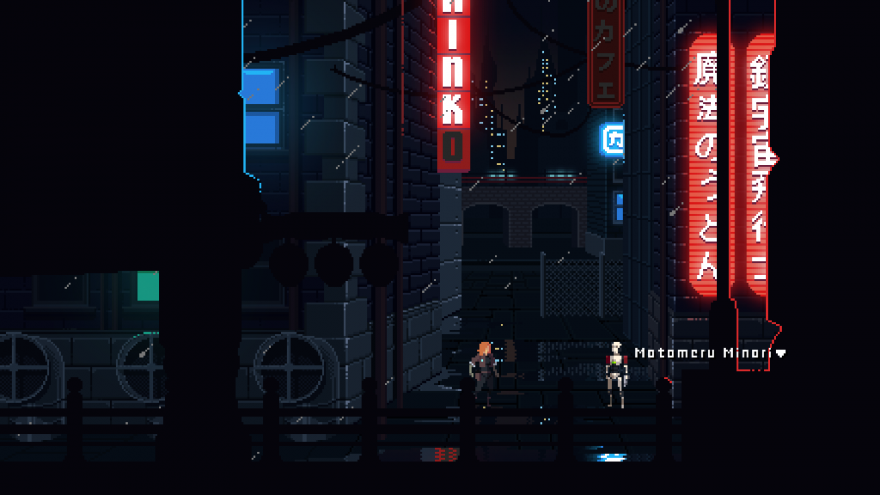 Murder is the name of Peter Moorhead’s upcoming cyberpunk adventure game, which is set to launch on October 21st for desktop and mobile devices. While Moorhead’s previous game Stranded might’ve looked to Stanley Kubrick’s 2001 for inspiration, Murder is rooted in the works of cyberpunk masters, including Katsuhiro Otomo (Akira), Neal Stephenson (Snow Crash), and Masamune Shirow (Ghost in the Shell).

“designed and written to reward attentive and thoughtful play”

Set in Japan of the future, Murder puts you in control of a lieutenant in the Tokyo Metropolitan Police. The story is said to revolve around “the intersection of morality and sentience in a future where both have become commodities,” while the environment and structure of the game are designed to break down conventions of the classic point-and-click adventure style.

“Where Stranded scattered its message throughout the world’s canyons and caves, Murder stashes its message behind a firewall of noise and information,” says Moorhead. “It’s designed and written to reward attentive and thoughtful play.”

The end result is yet to be seen, but according to Murder’s website, it’s inspired in part by both Fullbright and Blendo Games, the folks who created Gone Home and Thirty Flights of Loving, respectively. Since Murder is supposed to be a thirty minute game, it makes sense it would pull from similarly short experiences that still contain a lot of intrigue.

Murder features voice acting, art by Lucas “Midio” Carvalho and Glauber Kotaki, a soundtrack by KubrixXx, and sound design from Surasshu, the composer for Steven Universe.