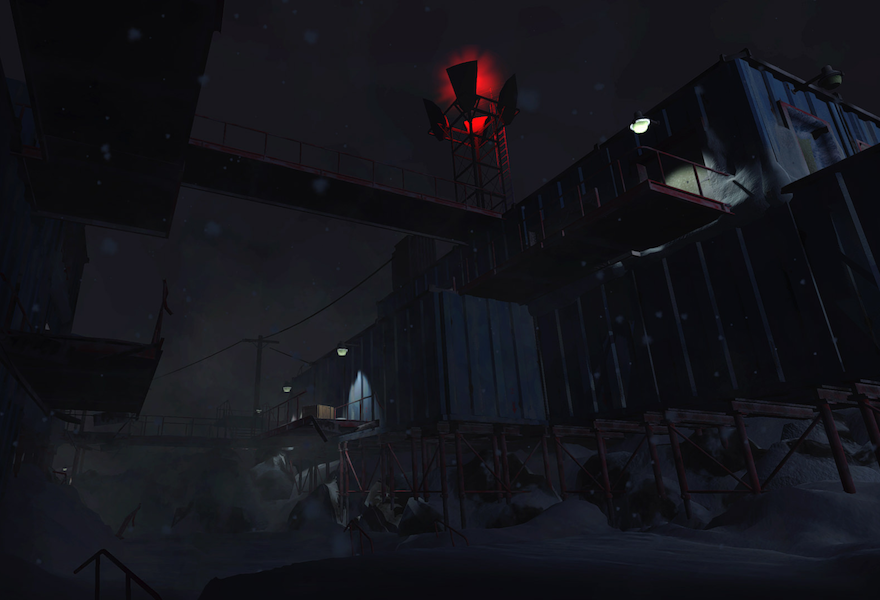 Orthogonal Games, the studio behind 2013’s The Novelist, has announced its next project, called Near Death. It presents a simple premise: Your plane has crashed in Antarctica. You’re cold, you’re alone, and it’s dark. There’s an abandoned research station within walking distance. Try not to die.

It’s an effective hook, evoking the excitement and immediacy of the first BioShock‘s (2007) opening sequence, in which the game’s protagonist finds himself half-drowned in the middle of the Atlantic only to see a mysterious lighthouse in the water nearby. The major difference is that Near Death has no Rapture (the game’s underwater city) for its protagonist to stumble across, escaping from the deadly environment around them. Instead, it holds them in initial climate and it proves to be a constant threat; light is scarce, heat even more so. To survive, players will have to mark trails, melt frozen obstacles, and find fuel for their portable heater. Your lights flicker. Your body shivers. You are fragile and the storm outside does not care.


The other obvious cultural touchstone that Near Death evokes is John Carpenter’s The Thing (1982). It, too, centers around an Antarctic research station cut off from the outside world in the middle of a storm. Both stories isolate their characters in whiteout conditions, juxtaposing the personal intensity of their struggles with a vast and cold wilderness that makes their concerns feel petty in comparison. A key difference, however, is Near Death’s apparent lack of a villain, whereas the characters in The Thing are forced to contend with the titular alien monster. Rather, Near Death focuses on a more primal fight to survive, elevating the game’s environment beyond set dressing and into antagonist.

You are fragile and the storm outside does not care

Perhaps more important, however, is Near Death’s smaller cast. If The Thing is ultimately about how a group of supposedly close friends can be turned to hate and and mistrust when confronted with opposition, Near Death is about being alone and scared. The drama presented here isn’t a story of group dynamics, but of individual fortitude.

This marks a drastic shift from the studio’s previous work in The Novelist, in which players take control of a ghost as it haunts a writer and his family, balancing the conflicting concerns of family members against each other to try to find an acceptable compromise. In The Novelist, tension comes from the stress of being beholden to others, which, on second thought, perhaps captures the group conflicts of The Thing better than Near Death’s scenario. Instead, Near Death foregoes the terror of others to focus on the terror of the self. A lonely mind stranded in a wintry desert is plenty capable of paranoia on its own.

You can keep up with Near Death over on its website.