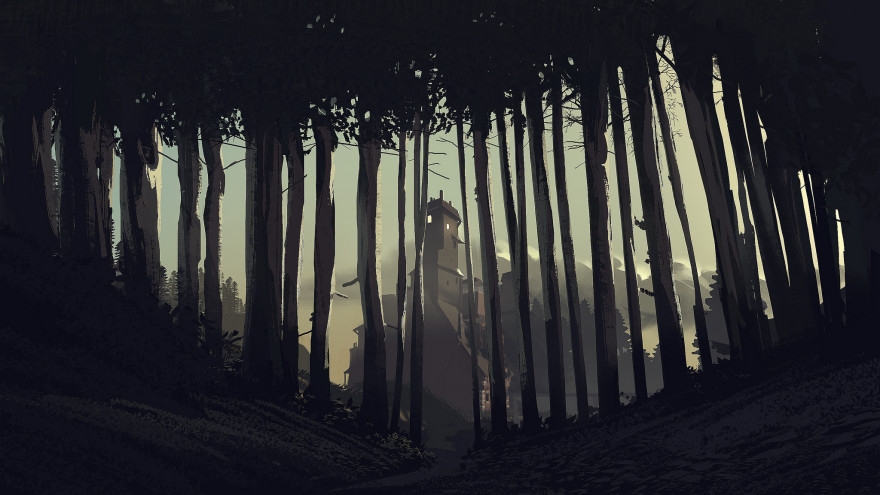 After two years of silence, Giant Sparrow, the studio behind The Unfinished Swan, has finally revealed their next project. Though the short announcement trailer doesn’t provide much information about What Remains of Edith Finch, its investigative score and intimate narration sets a promising tone.

The game will use a more vignette-style of storytelling, since the studio hopes to create the experience of opening up a short story book from the Weird Fiction genre. A collection of distinct and varied first-person narratives, each story will explore the life of a different member from the cursed Finch family of Washington State. Ranging from the early 1900s to modern day, the only commonality between the stories will be the inevitable death of each family member. As the only surviving Finch, Edith must understand her family’s troubling history in order to figure out why she’s the last left alive.

Though What Remains of Edith Finch reads like a tonal shift from the fairytale universe of The Unfinished Swan, the director of both games, Ian Dallas, points out some important commonalities between the two through the Playstation Blog. He remembers with Unfinished Swan, “when people saw our original prototype, of splattering an all-white landscape to reveal the world around you, lots of players assumed it was going to be a horror game. Which was weird because at Giant Sparrow we don’t really make horror games. We make strange experiences that give players a chance to explore things they’ve never seen before. The Unfinished Swan wasn’t meant to be scary but I think it ended up feeling that way for a lot of people because it was so unfamiliar. And there’s nothing scarier than the unknown.”

While What Remains of Edith Finch might come across as even more of a horror game than the studios previous, Dallas insists that “it isn’t. And by that I mean it’s not a game that’s designed to scare people. Instead, we wanted to make something that feels like looking up at the night sky and being simultaneously amazed by the majesty of the universe and humbled by how fragile and short your own life is.” Inspired by growing up in Washington State, home to a range of beautiful and unsettling wildlife, Dallas does admit that, “like The Unfinished Swan, [What Remains of Edith Finch] echoes what it feels like to be a child: encountering forces beyond your ability to understand or control. That can definitely feel scary, but it isn’t meant to.”

If you’re curious discover or rediscover Giant Sparrow’s previous work, The Unfinished Swan was re-released just this past month on the PS4. Though What Remains of Edith Finch will only come out in 2016 as a Playstation exclusive, you can follow the studios progress through their blog and Twitter.