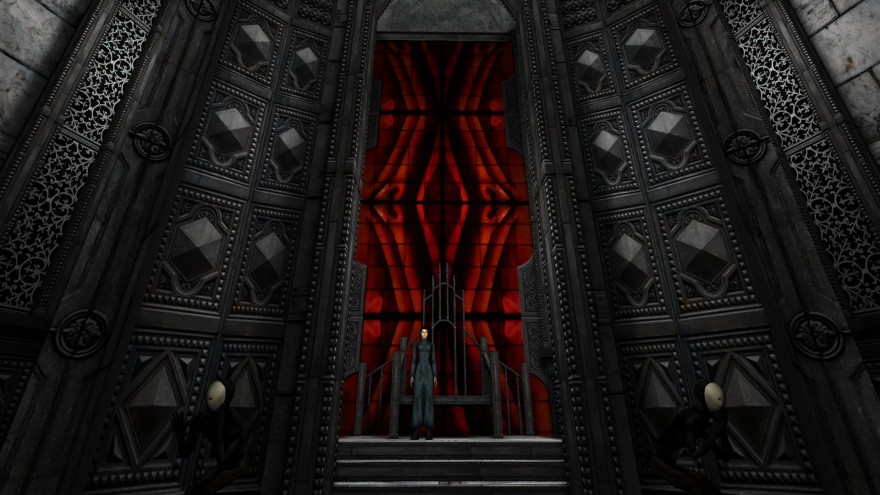 I’ve only ever met people who love or hate Pathologic. The strange Russian game about a diseased town (to put it simply) won several awards, but English-speaking players criticized it for its poor translation. Its recently crowdfunded remake aims to solve this issue, among other things, but Ice-Pick Lodge has also announced an HD version of the original game that will fix most of what made the original “bad,” while still maintaining what made it good.

Ice-Pick Lodge lovingly refers to this in a blog post as “Pathologic Classic HD: Now Comprehensible.” It’s effectively a remaster of the original game, and not the complete remake their Kickstarter was meant to fund, which is still on the way.

“Change is inevitable,” explains Ice-Pick Lodge. “During the Remake production we’ve found ourselves in quite a conundrum: ideally, we need to reevaluate the old means of expression, make sure that they work, and invent new ones when they don’t. And the ‘means of expression’ aren’t just the graphics or soundtrack, but rather the whole bulk of expressive techniques, from non-core plotlines and character mannerisms to the puns they make; from survival mechanics to soundscape switching solutions.”

They continue: “Thus a solution was conceived: to make the original game accessible by fixing the major issues that were disallowing that (compatibility bugs, visual glitches—and the translation, of course). This way, the original Pathologic will always be available to you even if you come to disagree with the changes made in the Remake. And if you haven’t played it at all, you’ll have a chance to get to know the game that has defined us as a studio. We believe this to be a fair compromise.”

Pathologic Classic HD has no exact release date yet but should be out before November. You can read more about the team’s decision to remaster the original in their lengthy blog post about it.