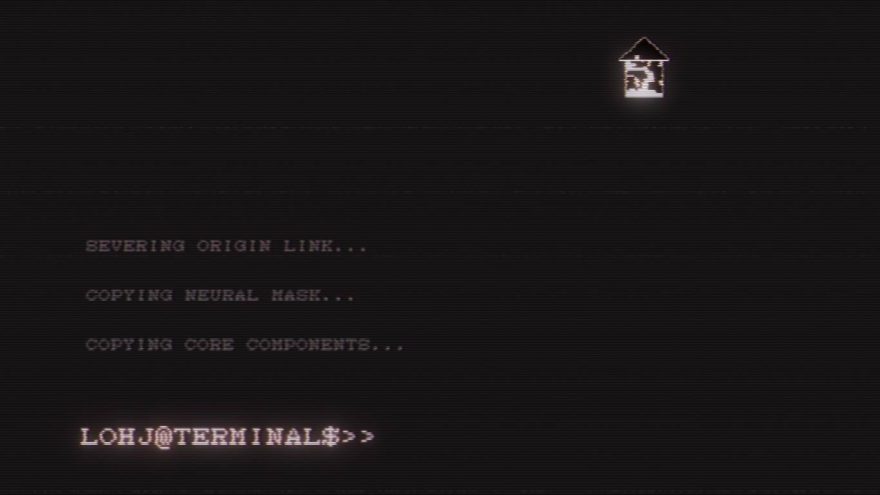 “Well, here we are again,” NUGK tell me. The last time I was here, TODN was saying the exact same thing. Usernames here, including my own, are made up of a mixture of four letters, shifting each time. The post-apocalyptic world is dark, fashioned only with unnerving sounds and dimly lit text. This is the world of  _transfer. Selected as part of IndieCade 2016, _transfer, developed by Hyacinth Nil and written by Reed Lewis, of the newly-formed Abyssal Studio, tackles uncomfortable issues of identity and memory.

Using a DOS-like interface, the player interacts with a number of strangers, in order to try make sense of the end of the world. _transfer‘s lack of graphic visuals, and its post-apocalyptic theme are more than just stylistic choices however. These elements more specifically reflect the difficulty of trying to make sense of one’s identity, particularly when it doesn’t conform to normative expectations and understandings. Both Lewis and Nil are queer nonbinary story tellers, and as they say in their artistic statement to IndieCade:

“_transfer was conceived as a game tackling the experience of having no words to describe yourself. Many nonbinary people go through long periods of having no outside reference for their own identities, instead having to construct one based on the assumptions of others. Science fiction, the genre of the alien and the artificial, seemed a natural lens to deal with these topics.”

In _transfer, the player lacks a frame of reference and occupies a world, which rules and mechanics are unclear and unnerving. The lo-fi grumbling audio is a backdrop for continued speech options of uncertainty and questioning in high-stakes decision making about your’s and other’s identities. It’s exciting to see a game exploring these issues from a nonbinary perspective, with nonbinary trans people so often erased from LGBTQ+ visibility.

The game doesn’t operate as a linear, one-time playthrough, but rather though multiple re-engagements. Each engagement with _transfer leads to new speech options, different encounters, and unexplored fragments, which may or may not help the player piece it all together. This part of the game gives a puzzler/detective type element to the experience, and as the creators say, “the player must construct an identity from the fragments of information given to them by others—and eventually discover their role in what happened to lead to their situation.”

_transfer leaves room for you to fill in the gaps with your own readings of what is happening, and each time you revisit the game it takes on new dimensions and meanings. The game is still in development, but the current version definitely stands well as it is. It’s on sale until the 24th of July so be sure to check it out on itch.io. You can also keep up to date with Nil and Lewis’s work on Abyssal Studio’s website.