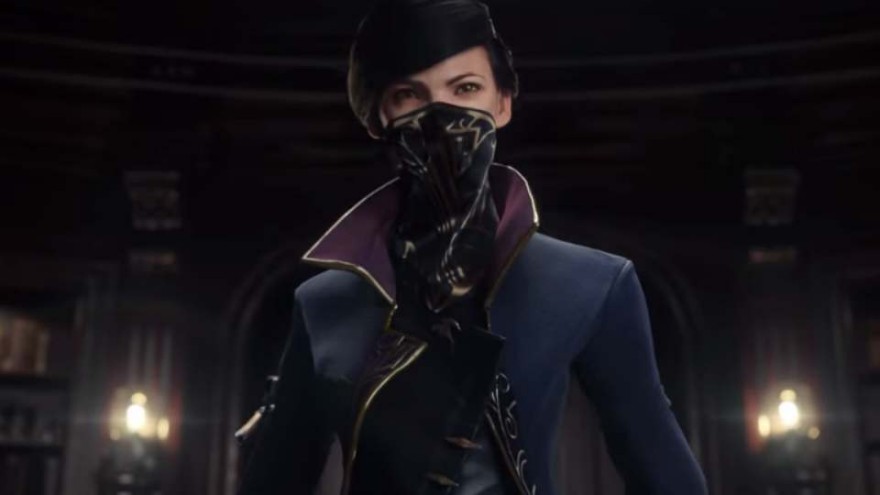 “Stay good-hearted, Emily. Keep drawing, and telling stories. And only share your power with those you can truly trust.” – The Empress, Dishonored

The Dishonored 2 trailer revealed at Bethesda’s E3 showcase dropped a surprise twist. When the camera finally pans up to the face of the vengeful assassin we all assume is Corvo, a collective gasp sounds in the audience (I’m assuming). What’s this? A lady face with lady hair and a lady body?

That’s right. Dunwall’s favorite orphaned princess, Emily Kaldwin, will now be playable in Dishonored 2, transforming her from the little-girl-in-a-refrigerator into an actual human character. But after the excitement of this wears off, it begs some awkward questions. Like, what about the people who actually let Emily die in their playthrough? Things might get kinda weird for them, since her new character model doesn’t appear to support a reanimated corpse reskin.

In the first game, Emily’s character is affected by your play tactics. Whether you go in guns a-blazing or placate enemies with stealth instead, Emily lets you know she’s observing your moral decisions through her drawings. In the post-reveal press conference, co-directors Harvey Smith and Raphael Colantonio note that she either thinks of you as a peaceful father figure or a demonic protector depending on how you played the first game. But, unfortunately, no one addresses how the game’s divergent endings will be incorporated into the second installment. But here’s to hoping for the possibility of an evil-Emily bathing in blood and rats in the opening sequence of Dishonored 2.

The post-reveal interview also confirmed the popular fan theory that Corvo was, in fact, Emily’s real father. Will Dishonored 2 be yet another addition to the dadification of videogames? Unlike Walking Dead and BioShock: Infinite (and even The Last of Us, really) the sheer fact that you must play as the daughter for a significant portion of the game bodes well. By nature of her playability, Emily cannot be relegated to the player’s emotional motivation. She’ll have to be an entity unto herself, as proven by the creators’ emphasis on her totally different play style, weapons, powers, and assassinations.

another addition to the dadification of videogames?

Apparently, the two protagonists will split the campaign, each exploring the same territories of the city from totally different perspectives. Their differences don’t just come down to gender, background, and age, either. Their experience of the city reflects their contrasting social positions, as either a woman of noble birth or a man of more humble means.

Then again, the interview also dipped into the weird when co-director Harvey Smith appeared to think some congratulations were in order because Arkane Studios’ art director insisted Emily not be dressed “in some gaudy costume,” but instead be fully clothed in a muddy and practical “travel jacket.” Of course, Emily’s lack of bra-armor is certainly appreciated, but is clothing your protagonist in pragmatic attire really something of note? I hope not.