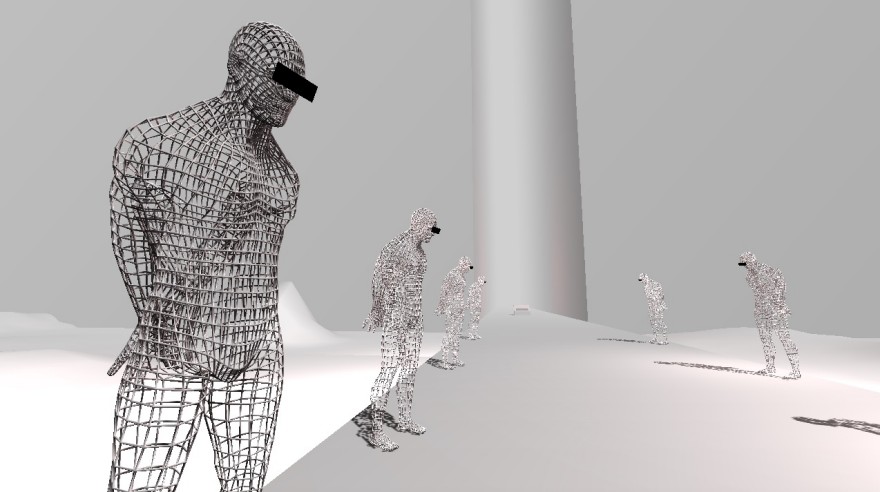 You may remember that the US Senate intelligence committee released a report on secret CIA torture practices last year. It spanned hundreds of pages and concerned the seven years after the 9/11 terror attacks. The felling of the World Trade Center, and the Bush-era invasion of Iraq, was presumably used as justification for the CIA subjecting people to sleep deprivation for up to 180 hours, rectal feeding, and standing on broken limbs for hours at a time.

Prepare to be made uncomfortable.

These inhumane practices were carried out in the hope that the captives would divulge intelligence they were believed to be withholding. Yet, Dianne Feinstein, the intelligence committee chairwoman, notes that “the CIA’s enhanced interrogation techniques were not effective.” One person died from hypothermia due to sitting on a cold concrete floor without pants for several hours. Nobody gained from this. Even if they had, we’re still left with the question of whether government torture methods such as this can be defended at all.

This subject is one that German duo Tristan Neu and Gabriel Helfenstein (collectively known as Outlands) have us confront in their new videogame Dämmerung. Prepare to be made uncomfortable.

It opens to the angelic sounds of a sacred choir, “Caligaverunt oculi mei” by Tomás Luis de Victoria, to be precise. Around you is a grand hall, draped entirely in white, and with a ceiling so high that it cannot be seen. It has the feel of a Greco-Roman sanctuary sans the gilded furniture and ribbed pillars. Standing on a grey-tinged path, instinct has you walk forward to the other end of the hall, where a door-shaped opening sinks into the far wall.

Everything seems tranquil, exquisite even, until you happen across two opposing rows of hollow wireframe humans. Their hands are tied behind their backs and black bars mask their eyes as if to mark them as criminals. They’re identical and stripped of all humanizing features apart from their shape—later, they will be referred to only as “it.” Another few steps on and you enter a tunnel in the wall where, in the middle, sits a single obsidian flat screen.

“Save us,” it reads in neon-red lettering on this terminal.

some of your victims question whether you have a soul

As the source of this message is unknown, you’ll probably presume that it has somehow been left by the restrained prisoners behind you, but that seems to not be the case. It is ostensibly a message from the government meant for you. Clicking on it reveals that it is your job to find out about the incoming attacks from the “North militia” by interrogating the detained persons you just walked by. There’s no way to go back once you’ve found this out; you have to carry on. As you might guess, it escalates from empty threats to depraved attacks against their bodies and lives rather suddenly. It’s horrible, but you can’t not do it (unless you exit the game), as it’s the only way to progress. This, to me, is a representation of the Machiavellian mindset a CIA torturer would have to possess.

Fortunately, the whole process of torture is managed through the terminal, and is entirely text-based. But don’t let this basic presentation fool you—after all, the Marquis de Sade used only words to describe the sexually-charged horrors in The 120 Days of Sodom. Dämmerung manages to be almost as sickening as you click through the options during the acts of torture: do you slap or threaten? Stab the liver or mutilate the genitals? Gouge the eyes out or force-feed them excrement? It goes on, worsening. In reaction, some of your victims question whether you have a soul, others rely on their faith for strength. Then there are those that break down and cry into their hands. They make it hardest to carry on.

Further, what makes it even worse is the ostentatious implications present in the subtext of the ordeal. While you select from the tortures on offer, elevator music is played as if to suggest that what you’re doing is a casual affair to occupy the time; an entertainment, perhaps. And that luxurious starting location is returned to again and again, immediately after you’ve exhausted each subject (with them having been removed from the scene). It’s as if it is deliberately drawing attention to the contrast between your perceived value by the government—realized in this heaven-like setting—and how those you perform these gruesome acts upon are treated. You’re gold dust while they’re the dog shit on the sole of your shoe.

Again, this invites a comparison to The 120 Days of Sodom. It’s like you’re one of the wealthy sexual deviants in the novel, who lock themselves in the Saint-Martin-de-Belleville—a grand French castle—where they sodomize and slaughter their prisoners for their own gratification. The likeness here should get you questioning the reasoning behind our real government’s torture practices. And if that doesn’t, the ending of Dämmerung certainly should. After all the violence and death, what have you managed to achieve? Nothing.

“You failed,” reads the terminal. Now, is that the government who wrote that, or the victims you perceived as asking to be saved at the start of the game?

You can download Dämmerung for free on itch.io and Game Jolt.