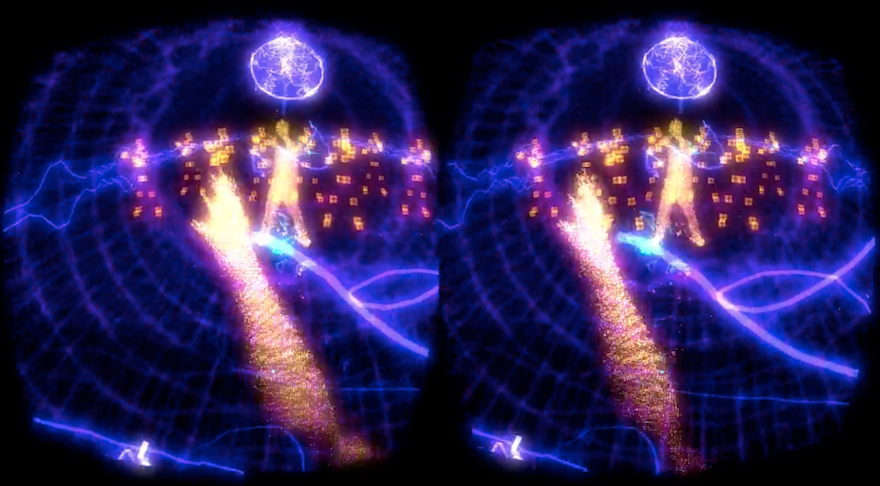 If clubbing in virtual reality turns out to be anything like this insane dance party demo, tearing the club up in, say, whatever the VR equivalent to Second Life is will be a consciousness-altering nexus of pulsing wavelengths and florescent tracers—no party favors necessary.

As you can see in the Dance Central-y VR experiment of the very talented technical artist Drew Skillman, which makes use of Kinect 2.0 motion-camera and an Oculus Rift VR headset, there’s really no limits to the light show when you are bumping and grinding inside an immersive stereoscopic construct. It is awesome projects like this one that are actually going to draw people outside of “gaming” to VR. On the downside though, unlike partying establishments that exist in physical reality, there’s little-to-no chance of getting lucky, as you’re only dancing with rays of energy and disembodied outlines. But who knows.