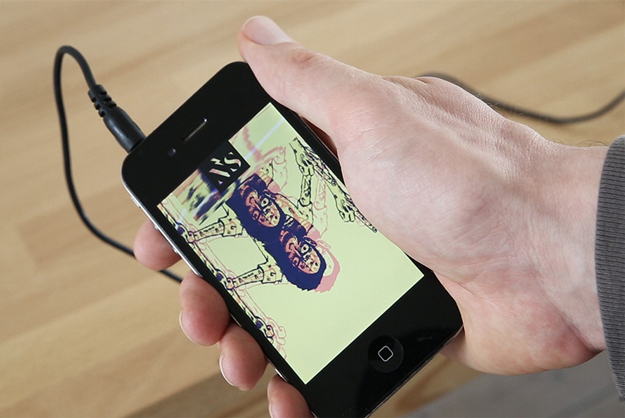 To promote their new album, Nid & Sancy, the Belgium-based electropunk duo, teamed up with Lab101 to create the Cut Up Jeans Technique iOS app. Not only does it give listeners the chance to hear their entire new album for free, but it also requires users to dance along with a guy named R.A.N.D.Y.

R.A.N.D.Y. is a character inside the app that doesn’t enjoy calm environments, which is why you have to shake him consistently to get a reaction. For as long as you can keep him moving, you also get to listen to the band’s new album.

While it sounds like a lot of fun, the only problem is that Apple wasn’t inclined to agree. They rejected it twice from the iTunes store for not being “useful enough,” and while the team at Lab101 made a few changes, they decided to abandon the idea because it was moving too far away from the original concept.

You can still see how it works, and get a taster of Nid & Sancy’s new album below.