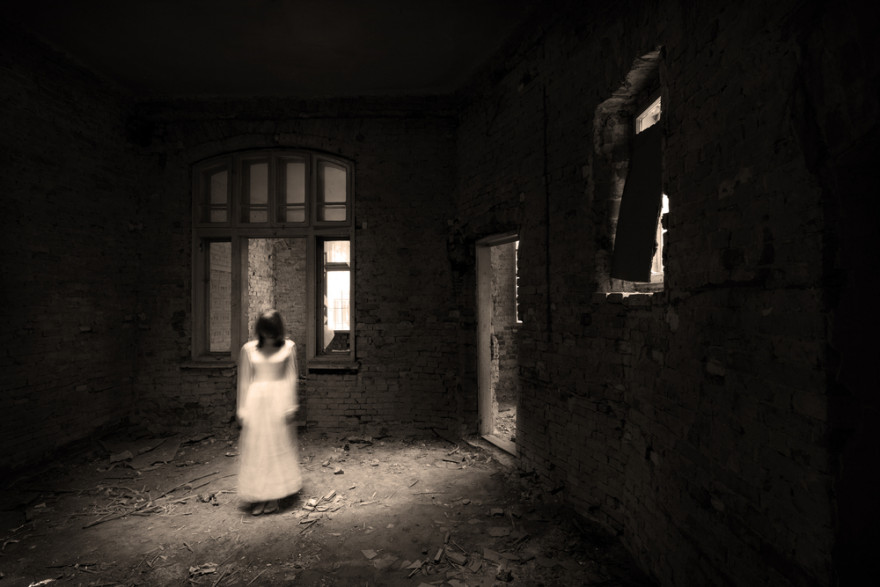 Internet horror stories have been scaring the bejesus out of me ever since I discovered the NoSleep subreddit, and this story in particular. There is something so undeniably terrifying about our devices turning against us—or becoming windows into whatever’s “beyond the veil.” I mean, for gods sake, we sleep next to these things every night, while spending most of our waking hours giving them our souls. And what the hell even is the Internet, anyway? Why is it called a “Cloud,” and is my grandmother (RIP) trapped inside my Wi-Fi?

The fear induced by social media and technology has even already begun to bleed over into Hollywood with movies like Paranormal Activity 4, which might as well have been called FaceTime: The Facening. Perhaps the horror stems from a subconscious fear of technology’s invasion of our everyday lives. Or perhaps it’s the fact that we can’t escape social media almost in the same way that we can’t escape dreaming. So let’s just hope Freddy Krueger sticks to our subconscious instead of Facebook.

Wherever the fear comes from, Dark Detour, an upcoming multi-platform horror-comedy Halloween experience that will unfold on social media the week leading up to October 31st, hopes to put it to good use. Or at least better use than Hollywood.

Let’s just hope Freddy Krueger sticks to our subconscious instead of Facebook.

“Social media feels very personal,” says Alison Norrington, a co-creator of the project. To her, the disconnect of watching a horror film on a screen pales in comparison to the personal scares that happen afterward, everything from walking home alone to getting up the stairs in the dark. “With social media, there’s a constant turned on-ness. You can walk away from a TV or a cinema, from a gig or a concert. But you don’t ever walk away from your device. The notion that you could be in bed and your phone is going to ring—it’s a good way to test if we can ramp up the tension.”

The story of Dark Detour, which will begin on Swarm (formerly known as Foursquare) but also be accessible on Twitter and Facebook, follows singer Tablot Griffin as he road trips across the country after a bad break up the week before Halloween. His journey from New York to Los Angeles, however, hits some unexpected bumps along the way, which he will document on his device for all the world to relish in its goulishness.

It’s a horror story for the digital age, explains second co-creator Steve Peters, “since part of the fun is that this story is going to be delivered through his phone in various ways. So the phone acts as the camera. It’s literally the window into our story world.” By utilizing the platforms we use everyday to tell our own stories to friends and family, Steve believes this social media horror story will capture a uniquely authenticic scare. “There may even be a level of social media creeping that we do with people to find out information about them that they may not have necessarily given us,” Steve teases. “We all have a lot of public information out there about us. So anything that’s in the public is fair game for us.”

Dark Detour began as the ambiguous but intriguing Project Alibi on Indiegogo a couple months back, spear-headed by these two well known 21st century storytellers, Steve being an experience designer at No Mines Media and host of Story Forward podcast, while Alison Norrington hails from Story Central. After reaching their stretch goal during the campaign, they even signed up Mike Monello to the creative team, who was a co-creator of Blaire Witch Project, which itself was one of the first viral web-scares of the 90’s (along with one of most successful social media campaigns ever).

Dark Detour, however, is not a marketing campaign. In fact it’s a passion project, and when I talked to Alison and Steve, they gave several hints about all the nefarious twists they could pull off since they don’t have a client to answer to. “Both of us have a mischievous side to us,” she says, with her roughish English accent. “So when we both get our heads together and we’re on the same page about it, things kind of get carried away quickly because of all the crazy stuff we can do.”

Of course, these mischief makers know their limits. The horror, though personal, will always be off-set by the comedic aspects of the story, which they hope will harken back to other horror-comedies like World’s End. But unlike a film, Alison explains, the social media platform allows them to “amplify the legitimacy” of their story and to “turn up all the volume nobs by being able to respond in real time.” For Steve, “just the fact that it’s in your timeline with other people’s realities makes it feel very real. So when stuff starts happening to [Talbot] it feels like it’s really anchored in the real world. It makes it all the weirder when things start going strange.”

Though the arc of the story, which culminates midnight on Halloween, is already crafted, “we’re going to take advantage of the fact that we’re human powered and not technology powered.” They plan to incorporate current events, weather, along with player feedback, behavior, and even circumstance. “We know some people will be at parties and stuff like that and we’re taking that into account,” Steve says. “Obviously we don’t want to interrupt people’s parties, but… we kind of do. In a fun way. That, if we do it right, will enhance the party and be fun for everybody.”

For the sake of not spoiling the experience, the two couldn’t get too specific about what would unfold in their virtual ghost story. But they did hint that a central aspect was “based on a very popular property in America,” who’s identity would only be revealed through digging during the event. Certainly the emphasis on a geo-location app like Foursquare will literally ground poor Talbot’s ghoulish journey.

You can start friending him on Twitter and Facebook now, in preparation for the October 24th launch. I suspect he’ll be needing all the moral support he can get after being subjected to this devilish duo of storytellers.