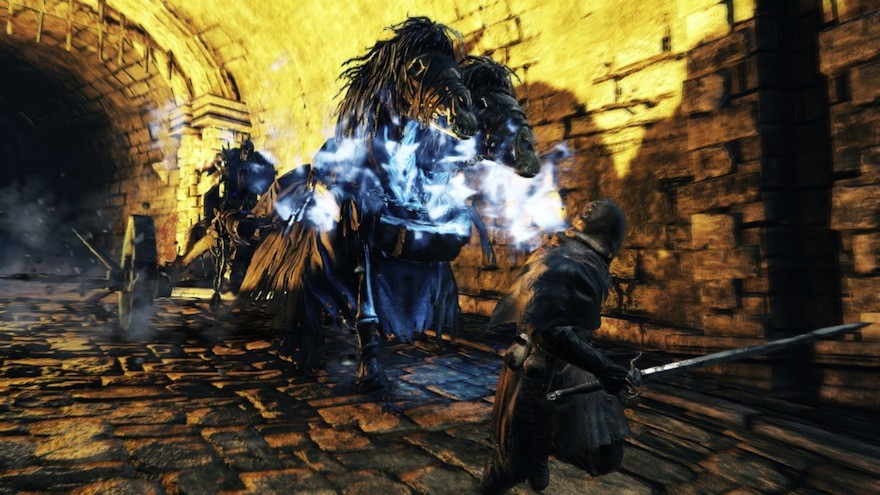 There’s a new trailer for Dark Souls 2—which is coming sometime in early March, depending on which continent you hail from—and that can only mean one thing: deadly twenty-foot-tall sentries with patina trampling on disfigured human-centipedes. There’s also some old woman wheezing about curses and bats flapping against a castle in the backdrop, and after watching I’m totally psyched for the pain.

That is to say it’s one of the few dark-fantasy games to nail sword-and-sorcery in an artful and original way. Of course this is nothing new for From Software, who made the two previous beautiful Souls games, and before that, three King’s Field games, which were beautifully grim but a lot less fun. While they start at square one with a knight and a sword, everything about them—from the deeply buried lore to that freakish goat head who cackles at you to feed it gems to the concept of losing souls twice removed—goes against the grain. Watch and see.