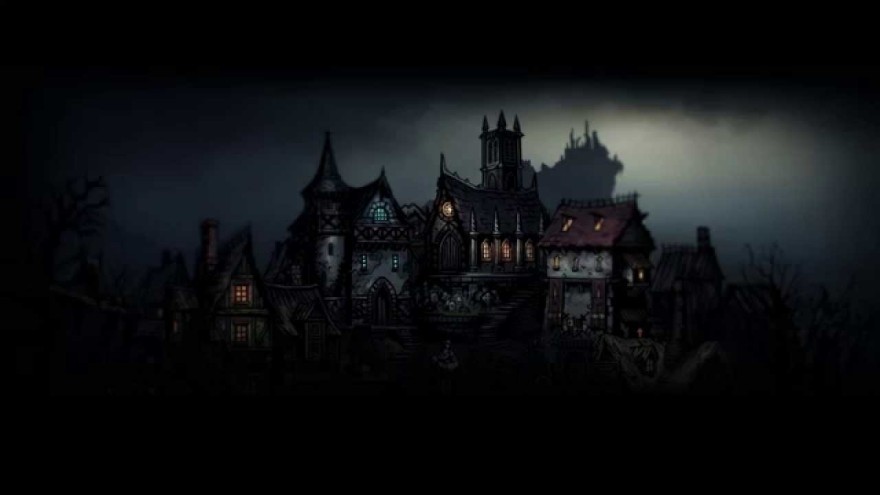 His foot slipped, and Kugel the cleric fell toward the lava that was rapidly filling the chamber. He seemed oddly resigned, taking no immediate actions to alter his fate. “Perhaps this is the end of Kugel,” he whispered as his boots hit the magma.

Darvin the fighter, too high up to be of immediate help but ever the problem-solver, called down to the monk Talia, beseeching her to extend her staff for Kugel to grab. But a sudden fit of selfishness had taken hold of the monk. “I don’t think so,” she replied calmly. “I really like this staff. It’s magical. I don’t want to get lava all over it.” She continued to climb.

Meanwhile the sorcerer Kirby, who had developed a kind of paternal fondness for the young, imperiled cleric, panicked and began spamming irrelevant spells from his perch on the wall. “What do you mean mage hand can only lift five pounds?” he cried out in anguish. “This is bullshit.”

Gomorrah, a dextrous ranger who had already reached the egress at the top of the room, watched the proceedings in silent horror.

HUMAN NATURE IS, IN FACT, THE SECRET INGREDIENT

Dungeons & Dragons does not have a stress mechanic; it does not need one. As illustrated by the scene above—culled from a recent session of the D&D campaign that I have run for my friends in one form or another for several years—people are perfectly capable of acting in impulsive and irrational ways all on their own. Human nature is, in fact, the secret ingredient that makes tabletop role-playing so compelling. A bad roll of the dice may have sent Kugel into a freefall, but everything that followed was pure psychology: thoughts, feelings, and actions based on the characters’ traits and interrelationships. And, to a more veiled extent, the traits and interrelationships of the players themselves.

Some tabletop RPGs, such as Sean Preston’s excellent tremulus (2013), employ mechanics that encourage players to lean into their characters’ flaws. This can be a useful way to discourage “metagaming”—that is, playing the game as yourself, the player, who wants to win, rather than as your character, whose goals may be more complex and contradictory. But even in the case of more psychologically-oriented rulesets, the basic assumption across all tabletop RPGs holds: while players need concrete rules to dictate how they interact with the game-world, their spontaneous engagement with internal and interpersonal problems will almost always be more surprising than anything a game designer could think of in advance.

Darkest Dungeon, from Red Hook Studios, attempts to synthesize that which is usually the purview of the human. It is a beautifully gothic dungeon-crawler with a wealth of clever mechanics, the most unique of which is that, as your adventurers delve deeper into Lovecraftian tunnels, coves, and ruins, they become stressed. And as they become stressed, they start to develop coping mechanisms—some productive and some destructive. My crusader David (I name all my characters after friends and family) may be powerful enough to smite even the most formidable unholy beasts, but he is also a stress eater and entertains delusions of sainthood; the only way he allows himself to relax between missions is through the brutal practice of self-flagellation. My bounty hunter Molly, of whom I had been particularly fond, died in the blight-infested Warrens when overtaken with masochistic impulses, refusing help from the party’s healer and shoving herself to the front of the battle line, where she met her end at the hands of a large, sentient fungus.

The game historian Jon Peterson has written of the “Nietzschean promise” of RPGs like D&D, in which players are always rewarded for their efforts, and hardships only serve to make you better and stronger than you were before. Typically, slaying creatures yields loot and experience points, not traumatic confrontations with your murderous impulses. A near-death experience in a filthy, haunted cavern will usually have no lasting impact on your mental or physical health; after a good night’s rest, all hit points are restored. Darkest Dungeon subverts this promise by coupling power with fragility in equal measure. You cannot bring a character to a high level without also turning her strange and neurotic—at the very least, you’ll spend thousands of gold coins at the sanitarium attempting to cure her of her most deleterious traits.

YOU MUST ALLOW ROOM FOR YOUR CHARACTERS TO BE THEMSELVES

What surprised me was how much this simulation of the irascible human spirit reminded me of some of my favorite moments playing RPGs around the table with friends. D&D may be Nietzschean in design, but the rules are merely a foundation for the game itself, which is brought to life by flesh-and-blood players and dungeon masters, with all our idiosyncrasies. The potential for unpredictable behavior, embedded so firmly in Darkest Dungeon’s design, is the very thing I have always felt was missing from computer RPGs, for which the rules are the game.

Darkest Dungeon still offers plenty of tactics to master—the frugal allocation of character abilities and equipment, the consideration of unique aspects of the various dungeon settings, the mindful positioning of your party in a lineup so that they can attack, buff, and debuff in glorious harmony—but each foray nevertheless begins with the gleeful anxiety of the unknown. You wonder not only what horrors this new maze will bring, but what strangeness your party will bring upon themselves. Will your jester, obsessed with dead things, insist on cracking open a rotting animal carcass only to find himself stricken with spotted fever? Will your arbalest, teetering on the brink of madness, find a miraculous inner resolve to overcome her fears, and in so doing imbue those around her with renewed confidence? The answer to all of these is more than likely going to be exactly what you dread. Strategy will only take you so far; you must allow room for your characters to be themselves.

Back at D&D, Talia eventually conceded to offering her magic staff to Kugel, which didn’t work, and as she feared it was lost to the searing magma. Darvin constructed a crude pulley system out of spare rope and chains, and managed to hoist Kugel out of the lava just as the cleric was losing consciousness. In the end, everyone survived, and, in accord with the rules of D&D, nothing would change in terms of ability scores or modifiers; if anything, the group was that much closer to leveling up and becoming even more powerful. But once revived, Kugel decided that his face must be terribly scarred from the fire, and that the whole ordeal had shaken the very foundation of his clerical faith. What permutations these player-derived effects would have on future adventures, only time would tell.

The narratives of Darkest Dungeon cannot, by their nature, be so dynamic. Possibilities are not infinite; they remain bound to the system of the game in the way that human decisions in a tabletop session are boundless. But I am so genuinely impressed with how Darkest Dungeon appeals to both my tactical and psychological inclinations that I can easily overlook the moments when the illusion breaks down and the system feels predictable again. I have no reason to believe that the designers at Red Hook Studios had any intention for me to measure their game against a tabletop giant like D&D, rather than other role-playing videogames. The fact that this seemed like the only apt comparison speaks to the ingenuity and, above all, appreciation of human weirdness that Darkest Dungeon offers.