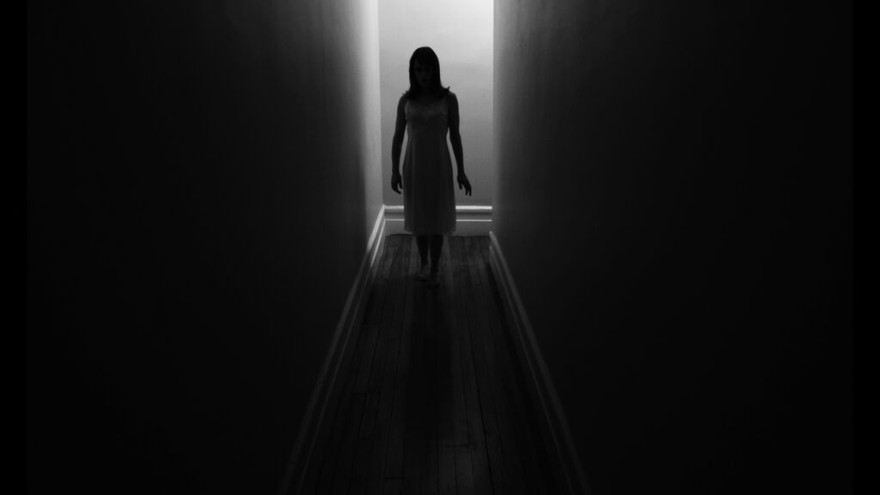 Mickey Keating’s Darling is a lovingly-crafted Polanski mixtape. If the idea of “Repulsion, but also The Tenant” gets your juices flowing, stop reading here and find a way to watch it.

Indie stalwart Lauren Ashley Carter (Jug Face, The Woman) gives an incredible performance as a woman (only called “Darling” in the film) beset both by trauma and supernatural assault; she’s withdrawn, awkward, savage, enraged, and terrifying by turns. It’s really her show: other actors pop in and out but Carter dominates the majority of the film.

Darling is the new caretaker of a luxe New York apartment, and slowly finds herself coming under the spell of a mysteriously locked room upstairs. To say any more about the story would literally constitute a full plot synopsis. Keating and company (special mention goes to editor Valerie Krulfeifer) conjure an atmosphere of bleak dread, punctuated by ruthless, liberally-deployed jump scares and made beautiful by luminescent black-and-white cinematography, assaultive sound design, and a sort of addled, hazy jazz score that on several occasions lurches into grindcore.

This is the type of movie—tone-heavy, stylish, minimal—that is really, really difficult to get right. Darling knows that. That’s why it’s a cool 78 minutes. There’s not enough time for its tricks to wear thin. It doesn’t go anywhere unexpected, and in fact takes a few turns that irked me in other recent horror movies: but it executes with such white-knuckle style, such confident abandon, that it’s mesmerizing. Everyone involved in this thing gives it their fucking all, and the result is one of the best movies I’ve seen in a long time, festival or no festival.