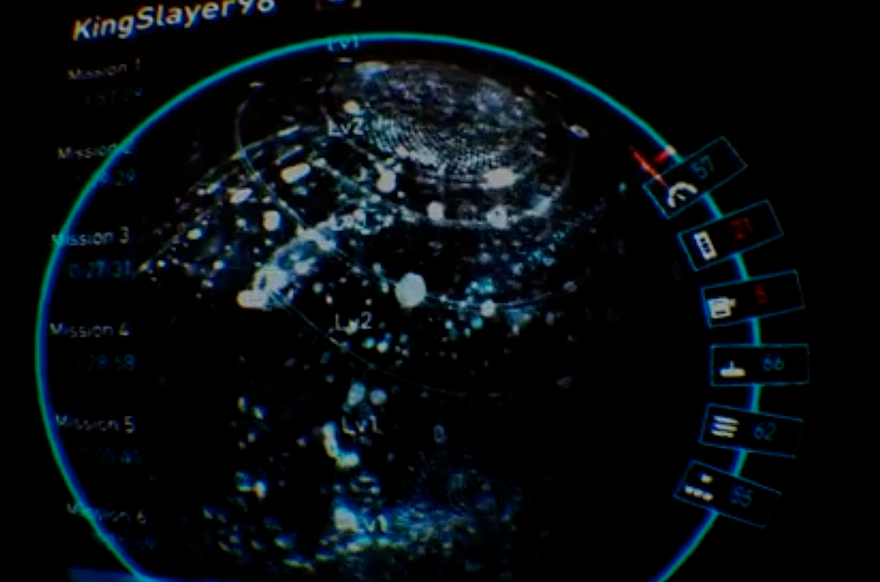 Cyberspace is portrayed in works of sci-fi as a beautiful virtual world where hackers and cyber-criminals vie for the security of databases. In real life, the intrigues of cyber warfare are less appealing, reduced to some guys hunched over their laptop. But with Plan X, the experimental wing at DARPA is making the battleground for cyber warfare of our cyberpunk dreams.

Plan X is a virtual reality interface for Oculus that may one day be used to disengage hackers the William Gibson way. “It’s like you’re swimming in the internet,” a DARPA project manager told Wired. And looking at the demonstration in the video below, which makes use of two Razer Hydra motion-controllers, this isn’t hyperbole. The strange levitating globes which operators can dive deep into reveal layers upon layers of symbols, data, and code.

While the proof-of-concept technology is years away from prime-time crime fighting, the agency says that the system will have the ability not only to fend off attacks, but to go on the offensive as well.

Watch and be hypnotized: