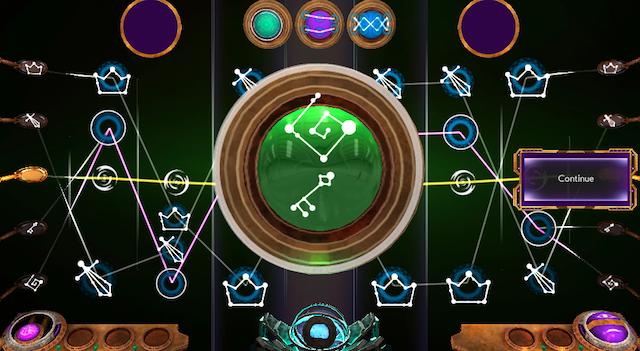 DARPA—the research wing of the Department of Defense, who makes insidious trilling robots like these—has developed a grab bag of games that actually debug important military software as you play them. Typically this is a sticky job for engineers, but videogame players could take their place, and have fun doing it.

Eh, we’ll see about the latter. This isn’t exactly Candy Crush Saga, with is glistening pieces of mouth-watering candy, after all. However, they are free, and available to play on their webpage. Basically, the code for the critical software is given a gloss that at least makes it look fun. This is visualized in the form of, currently, five different puzzle games which involve complex pattern recognition. The algorithms, which is just a nerdy word for computers doing what they do, churn the numbers in the background. The software is even capable of creating new math prob…, ahem, puzzles for you to solve based on the system’s current needs.

Depending on your proclivity for protein folding, these games may or may not be for you. Also, there is always an ethical question involved in games like these, where you’d actually be aiding an agency of war. But it’s nevertheless fascinating how mass resources of people can be pooled together on a network to solve errors while doing something similar to relaxing. As these games that replace rather boring occupations advance, I imagine one day we might not know the difference between playing Halo and curing lymphoma.