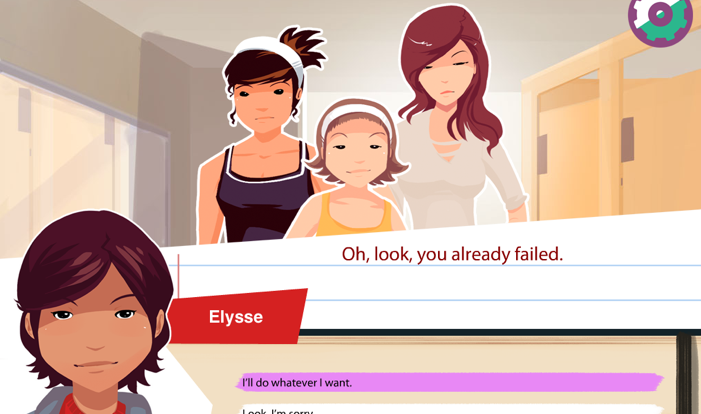 LongStory looks like an Americanized Persona, sans the dungeon-diving RPG half of that game, or a Christine Love graphic novel, like Digital: A Love Story, but with a Chris Ware-ish illustration style replacing exaggerated anime. (Its character Nora, the friendly home-schooled kid who lives online, is a dead ringer for Fuuka from Persona 3, for instance.) And it hits on a similar theme: pushing positive social agendas while representing them in a way that’s more realistic and relevant to stateside underclassmen. (And while avoiding the gender controversy surrounding the former series.)

But besides all the do-gooder game stuff, the story looks to have an ensemble of believable, lovable characters. Well, except for the bratty pre-teen bullies.

The game is available as of yesterday on Google Play.