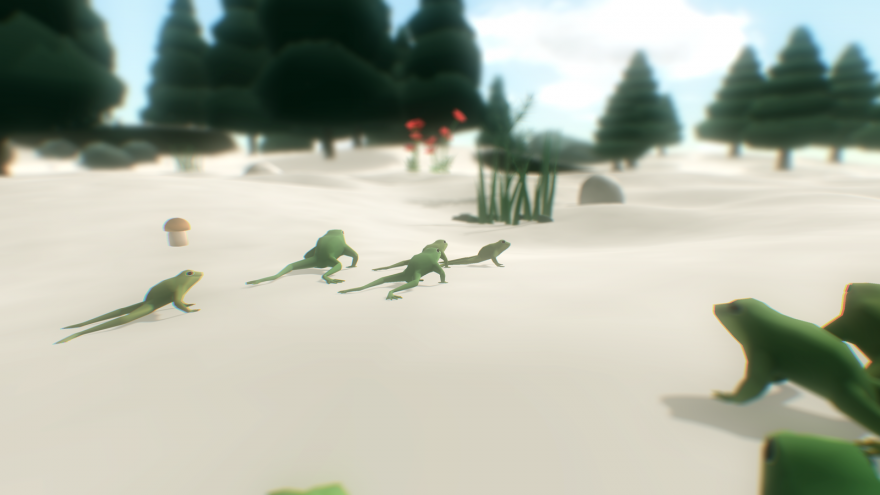 Everything wants you to question the scale of our world—and your place in it. Designer David OReilly used the game to expand on his first venture into the game space with Mountain (2014), wherein you’re able to inhabit the perspective of a mountain, a non-human thing. From there, he began experimenting with ways to connect a unique perspective to everything.

Humans have the tendency to believe we’re the center of the universe—that we’re special—and we’ve felt that way for a while. It’s a “very old prescientific idea that we’re somehow the center,” OReilly told us in an interview, which will be printed in full in Issue 9 of our print magazine, due out in early August. “The whole progress of science for the last few hundred years has been more and more realizing how insignificant we are.”

OReilly wanted to give our perspective—as humans and as individuals—to every single object in nature. “That’s why we have this idea in Everything of being able to be a hundred things or one—you’re completely divided between those things, because there’s a case to be made that we are all, of course, connected.”

“realizing how insignificant we are.”

Everything is exploring complex ideas on the nature of our existence, but OReilly doesn’t really think you should agonize over Everything‘s meaning. “It’s ultimately, like, a joyful project,” he said. “It’s not serious, and by serious I mean strict or something you should stroke your chin at and really have some ‘deep thoughts’ on.”

Jamin Warren’s full interview with Everything developer David OReilly will be featured in Issue 9 of our print magazine, due out in early August.

For a limited time, use the discount code RELAUNCH to receive 10% off your purchase of Issue 9, or off a 4 issue subscription.