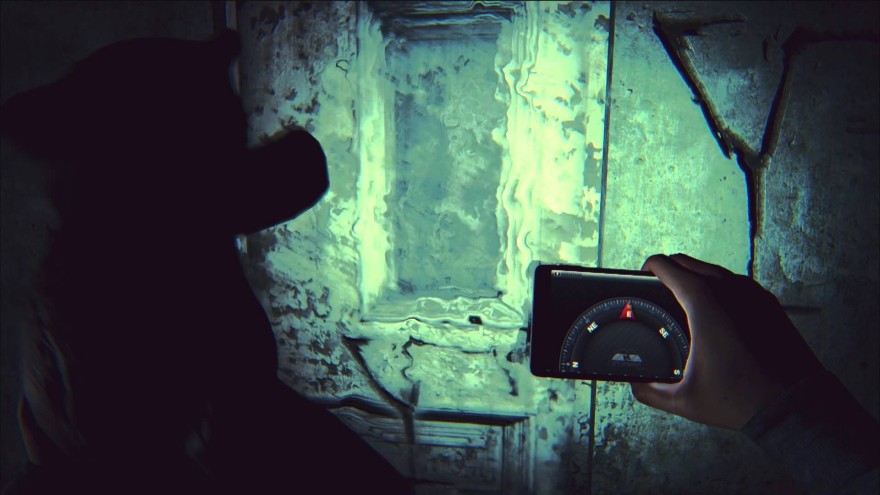 Playing Daylight in the daylight won’t save you from your terror. Not when your vision becomes so narrowly focused on the screen in front of you that you become unaware of your physical surroundings. Everything is concentrated on navigating the dark hallways and looking for that orange glow. That small, fiery blaze that signifies you have found a “remnant,” your keys to story progression. And when your only goal is to collect and get the hell out, else be murdered by evil ghost demons, you tend to put all of your concentration into the task at hand.

Daylight, by Zombie Studios, is a procedurally generated horror game, meaning that each time you start it up again, you get a whole new experience—at least, in theory. In practice the levels and experiences will change, but the story will not. This tendency toward randomness says something, I think, about the re-playability of the horror genre. How many times have you played Slender? Sure, the pages’ locations are random each time, but there are still only ten set places that they could possibly be in. And that map is still going to be the same as it was the first time through. How many times can you wander it in the dark before you’re bored? Twice? Three times? When the scenery does not change, we get bored. We get used to it. Once you know every landmark and touchstone of a place, it becomes familiar, and the familiar is not scary.

Fear of the unfamiliar though, is very alive and real. And that’s where Daylight becomes so effective. Every time you die, every time you restart, the level resets itself. Any remnants or story notes you discovered will be gone, and key locations will have changed. And saving? There is none. It autosaves at the beginning of each level. You want to stop and come back to this same place later after collecting four of the six remnants? Tough shit. You’re gonna suffer through this or come back to a brand new map at the beginning of the level.

From the get-go, waking up in the dusty hospital atrium, you know nothing of your surroundings. You have a cellphone, and there is a man talking to you. He will continue to make cryptic comments as you make your way through the levels, hinting that he knows your past and has ties to the location. If you’re lucky, you’ll find some glowsticks, which will highlight helpful items for you. And if you are even luckier, you’ll come across some flares, which will come in handy later when you encounter the “Shadows.”

These flares became a constant source of anxiety. Since your enemies dislike the fire, they are your only form of protection besides running for your life. So I was often torn: Should I use one? Was that noise a Shadow appearing behind me, or just a noise? Will I be able to find enough flares to make it through this level? I hoarded them like some kind of junkie, always afraid I would run out. Which was quite possible, because you are only given space for four of each item. In the worst case scenario, this would happen: You find all of the remnants in one area of the map. And since Shadows appear more frequently as you find more remnants, you then have to haul ass across the map to find the key’s location. And then again to find the “gate.” All of this while fending off a Shadow army straight out of your nightmares. You run out of flares, and you die. And you wake up to a map you have never seen before.

Your surroundings are permanently unknown to you.

This is where Daylight excels. Your surroundings are permanently unknown to you; you have no idea if that desk ahead is empty or contains supplies. You don’t know if you’re going to have to run back across the map two or three more times before you can exit to the next section. It’s tempting to call out proceduralism as lazy level design, particularly after seeing several similar hallway blocks crammed together into one level, but its implementation in Daylight is kind of genius. When you’re racing down those hallways later, it’s very easy to get turned around, exactly because of that sense of sameness.

The Shadows themselves are specters straight out of Grave Encounters: Elongated horrors that watch you from the end of hallways at the beginning, gradually becoming braver as you move towards the exit. They have a tendency to make themselves known, and play havoc with your cellphone. And so you grab a flare before whirling around to face them—only to find, on occasion, nothing there. And you have wasted a precious flare only to find the empty darkness behind you, extending into the depths. Other times the Shadows are silent and you turn suddenly and are face to face with that thing that has been lurking at the end of the hall. They don’t play fair, which is part of the fun. The only thing to rely on is their increasing frequency.

However, by the last level, I was feeling a little bulletproof. I had dealt with so many of these things that cracking a flare while sprinting through a forest and grabbing collectibles was no big deal. Dealing with them, by the end, felt like second nature.

But perhaps I had just become a master of my glowsticks. They are supposed to be there to highlight areas of interest, and objects worth noting, but years of playing games has conditioned me to check every locker and desk regardless. The glowsticks, rather, became a strange source of comfort. Their weird green glow was relaxing, knowing that I had something besides just a cellphone to find my way around. The long hallways didn’t seem quite as intimidating when I had something to do with my left hand. Oddly enough, they were the one thing to hold onto in a game where everything is constantly in flux.

When I finished, I didn’t expect Daylight to stick with me as much as it did. The story did very little new; the levels weren’t novel; the ghosts were ones I’d seen before. But when I closed my eyes that night, all I could see was that Shadow at the end of the hallway, watching me. I was still wandering that empty hospital in my sleep, lost in those hallways that all looked the same. I had a nightmare a couple nights later that I was trapped in my grandma’s house, except most of it was completely unfamiliar. I didn’t know where I actually was. The familiar had become unfamiliar; the hospital, and my grandma’s house, were nearly endless circles of stories and rooms to discover. A disembodied voice in your cellphone tells you at one point, “Round and round, Sarah.” This is the path I took in the game, and it’s the path the game is taking still in my head.