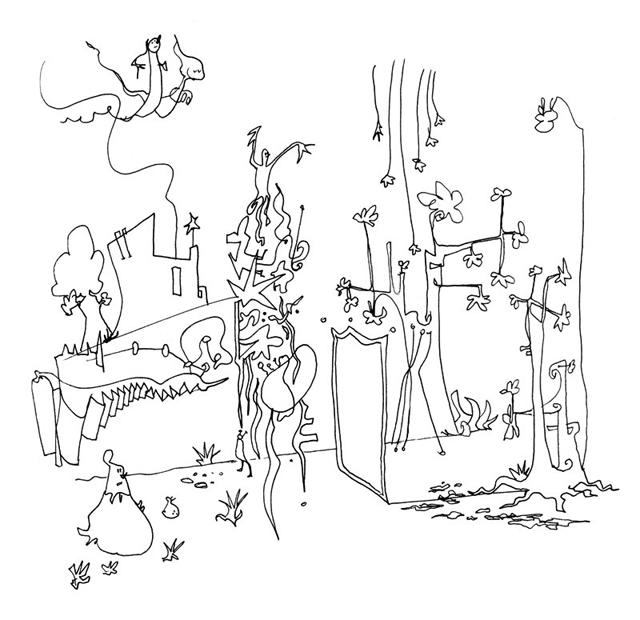 Dead or Alive is a fighting-game series built on anxiety, spawned as it was from two greater parents. In the mid-’90s, Sega’s Virtua Fighter and Namco’s Tekken, focusing on 3D arenas and the more technical movements of martial arts, slowly pried our eyes off of all that 2D street fighting. In 1996, Tecmo released Dead or Alive in the arcades. The mechanics were similar to those of its progenitors; success came not with convoluted special moves or automatic combos, but quick strikes and strategic blocking. Dead or Alive proved popular enough to beget a number of sequels, including a 2006 feature film. And now it arrives, for the first time on a Nintendo platform, on the portable 3DS system.

But let’s dispense with the niceties. Behold, the twin hallmarks of Tomonobu Itagaki’s creation: the undulating breasts of its ample female characters. If examined out of context, the display is close to breathtaking. Witness Kasumi during her post-victory swagger. When in movement, these two bulbous orbs rise as if weightless, against all natural laws; then fall, earthbound and heavy. Kasumi’s breasts, if they weren’t breasts, would rival images sent back from the Hubble in their extraterrestrial scope and beauty. But as containers of mammary glands, attached to a body not yet aged 18 years, they become black holes of indecency, dual leviathans emerging from the darkest pits of our selves for their sole purpose: to engorge us with their poisoned lactations of lust.

This underage girl, partially nude on my 3.5-inch-wide 3D screen, is but artfully composed polygons, the product of hours of coding, not five minutes of procreative thrusts. This is not someone’s daughter.

Or so the governments of Sweden, Norway, and Denmark would have us believe. Tecmo Koei’s Nordic distributor, Bergsala, decided not to release Dead or Alive: Dimensions in these territories due to an increasing concern over child pornography laws. This past January, a Swedish appeals court fined Simon Lundström 5,600 kroner for a collection of pictures on his computer of semi-nude underage girls. Lundström is an expert in manga translation; the pictures were stills from Japanese comics he was working on.

At first glance, the decision sounds silly. How can ogling anything in a game, whether it’s meant to convey a sexy underage ninja or not, be remotely considered pornographic? But then I clicked into Showcase mode.

In Dead or Alive: Dimensions, you win prizes by competing in tournaments or trying out new sections of the game. These prizes often take the form of a character figurine. You can even buy a prize package using Play Coins, a kind of 3DS currency you earn by using the system as a pedometer (100 steps equals 1 Coin). Once you accumulate said figurines, you can view them in Showcase mode. Select a character, and you immediately view it as if looking through a camera lens. Change the background, zoom in and out. You may take a picture, which can be viewed later in a special folder. The neatest feature (or most inappropriate, given your stance) is thanks to the 3DS’s integrated gyroscope: by tilting the system around you can shift your view of the chosen figurine, as if you really were holding a camera and walking around this warrior with alien-smooth skin, clad in spandex and striking a fierce pose.

Peeping Tom, the 1960 film by Michael Powell, considers the violence inherent to voyeurism. A murderer films his victims so as to capture the look on their face as they gasp their last dying breath. But we, the viewer, do not see the cameraman creeping up on his victims. We see the victims as the killer does. Our only perspective is through the camera lens; we ostensibly become the murderer himself. By watching the film, you’re forced to watch each victim succumb to the killer’s successive wiles: first charm, then desire, then the point of a honed blade.

In DoA, the control over your “victim” is complete, but illusory: there isn’t an active, moving person in the viewfinder, but a poseable doll, frozen into automatic compliance. The option to cavort over slinky, youthful females with heaving bosoms is cringe-inducing, having nothing to do with a tournament of international fighters all hoping to avenge a personal wrong. It’s at best a narcissistic vanity project for the character designers’ artistry, at worst a bone tossed to the loathsome habits of a few sketchy gadget hounds. But how is manipulating these Plasticine babes any different than a 7-year-old playing with a Barbie, inevitably ripping her polyester clothes off and parading it around a mini-metropolis of toy blocks and on-looking plush bears?

This underage girl, partially nude on my 3.5-inch-wide 3D screen, is but artfully composed polygons, the product of hours of coding, not five minutes of procreative thrusts. This is not someone’s daughter. Kasumi has a backstory the same way an imaginary friend has allergies—fabricated truths to cause the illusion of reality. That a game, a fiction, has been withheld from consumers due to worries over child pornography creates a list of questions more obscene than their answers. Is looking desirously at an animated underage ninja wrong? Can we molest a make-believe after-school playmate? If a victim doesn’t exist, can harm still be done?

Is looking desirously at an animated underage ninja wrong? Can we molest a make-believe after-school playmate? If a victim doesn’t exist, can harm still be done?

In his book Art and the Committed Eye, Richard Leppert examines not only the place of image in contemporary media, but what role the audience plays in its consumption. He contends that “the desire of men to look at women, and vice versa, whether clothed or naked, is after all deeply informed by sexual necessity.” This assumption seems to inform the decisions made by governments of countries prohibiting virtual child pornography; that there’s a chance one’s cursory glances at underage anime characters will evolve into less-innocuous proclivities. Another virtual world has already taken steps to avoid the troubling potential for gateway desire, between the digital and the flesh: Second Life’s Community Standards Policy includes the passage, “real-life images, avatar portrayals, and other depictions of sexual or lewd acts involving or appearing to involve children or minors are not allowed.”

I understand this policy here, within a world where you’re actively encouraged to role-play. In Dimensions’ Showcase mode, though, Leppert’s reasoning weakens. One figurine depicts Tina, a curvaceous American pro wrestler, carrying another female character on her shoulders. Yes, Tina wears a cat suit, complete with ears and dangling tail. Sure, the other character wears what appears to be a wrapped towel and nothing else. But is my gazing at them “informed by sexual necessity”? Not that I’m aware of. Unless, of course, I’ve been doing it—either playing videogames or, you know, sex—wrong all this time. In which case I have larger issues to tackle.

The argument over whether violent videogames cause real-world violence is a dusty one, though the answer remains undecided. The effect of sexual content in games is less readily understood. What is clear is that a chasm exists between actual gender roles and the ones exhibited in games. This is a problem. What does not concern me is the option to have a fake photo shoot with fake people who do not move.

We are all capable of constructing elaborate fantasies, whether in daydreams or night terrors. No one has jurisdiction over these private realms but us. They sprout without reason, like a 12-hit combo after a single button press. Before we know it, the damage is done. But it’s all pretend. Look at the screen in your hands. Those bruises are not broken blood vessels. Those faces will never wrinkle; the smoothness remains, a constant sheen into perpetuity. Gape all you want. None of this is real.