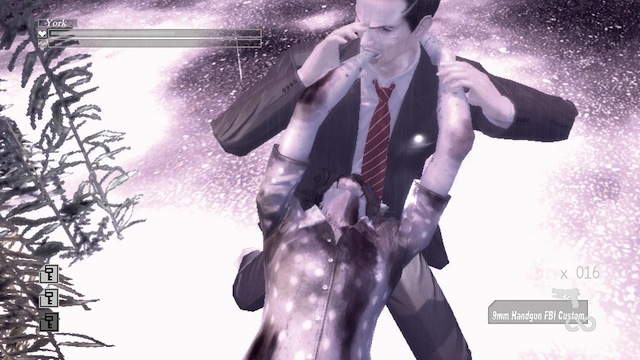 An internet user has taken it upon himself to give the P.C. version of Deadly Premonition a higher graphical resolution, upgrading it from the standard 720p. Our question is: Why would you want to do that?

But the point is that the game’s wonkiness is part of the appeal. Its terrible graphics slotted alongside hackneyed writing creates something inimitable. Upgrading those graphics removes one of the things that made it Deadly Premonition. It’s pretty much the The Room—often called the worst movie ever made—of videogames. That we could get sucked into this world which on the surface was so obviously bad was enigmatic, further impelling the deja vu of entering a lodge that is clearly a knock-off of David Lynch’s the red room. Let’s make a pact to play Deadly Premonition the way it was intended to be played: badly.