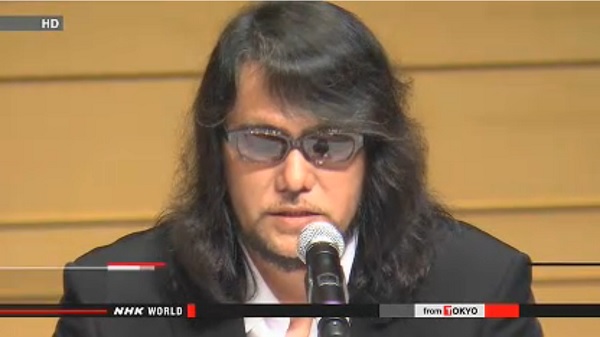 In a scandal on par with Milli Vanilli and Manti Te’o’s girlfriend, Mamoru Samuragoch, the composer of the soundtracks to Capcom’s Resident Evil Director’s Cut and for the Onimusha series, has owned up to not actually writing any of his music for the past fifteen years, since he went completely deaf at age of 35. He’s been paying others to write it for him.

Samuragoch is an internationally renowned composer who didn’t only fake game scores but many of his famous compositions, including a tribute to victims of Hiroshima. He was given the nickname of “digital-age Beethoven” by Time in 2001 when he gave them the quote that has come back to haunt him: “If you trust your inner sense of sound, you create something that is truer. It is like communicating from the heart. Losing my hearing was a gift from God.”

But the thing that bothers me here is this: why should we care if he wrote his own music or not? In pop, aside from the occasional star like Lady GaGa, it’s a foregone conclusion that artists are inauthentic—a figurehead for a synthesis of “real” creators behind the scenes.

And games often get attributed to creatives who have had a cursory role of oversight, like the way Sid Meier’s name is attached to every Civilization game, although he wasn’t the designer on those sequels. Also, we expect the majority of the games we play to have been outsourced to some unknown outfit in Eastern Europe. If he was a game composer exclusively, it wouldn’t be as big of a deal. I’m not sure if that’s a good thing or a bad thing.