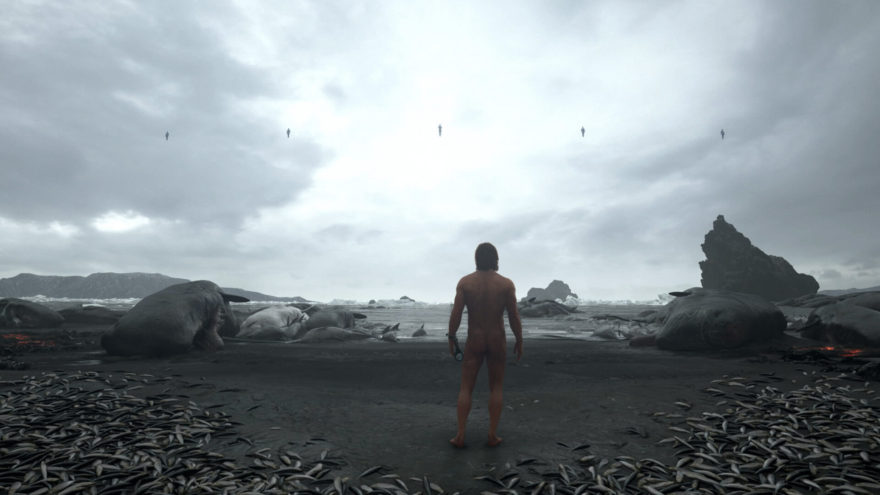 The trailer for Death Stranding, revealed last week during E3, is proper batshit. It features a naked Norman Reedus clutching a baby to his chest while crying (that has seemingly been delivered by him via c-section, and is still attached to him by the umbilical cord), lots of dead fish, and five distant figures in the shape of a cross floating in the sky. This isn’t too surprising given that it’s the work of longtime Metal Gear series director Hideo Kojima. For years prior to this, he has been working under Konami, producing games that involve prison escape with a bottle of ketchup, a woman who can’t wear much clothing because she breathes through her skin, and a man who literally shits himself during a mission.

But it seems Konami was only holding Kojima back, and now that he is off his leash, he’s having a lot of fun, mostly by encouraging his fans to speculate wildly as to what Death Stranding will be about. In fact, last Thursday, the Kojima Productions Twitter account reeled off a nine-part summary of the answers Kojima gave during press interviews, further feeding fan theories. The first of these tweets starts “In our teaser we featured both the ‘connecting strands’ of handcuff/umbilical cords and also stranding of whales. Of course, there are also other hints in there. The ‘dog tags’ being one of these…” so you know the rest of them are gonna be good. They are, of course, and we decided to indulge Kojima and his team and put together what might be the ultimate Death Stranding speculation (although it’s hard to top this). Sit your bare ass down in the sludge and listen up…

The stick represents violence—sticks and stones. Whereas the umbilical cord is a symbol of motherly comfort—the nutrients we receive from our roots—the life force that sustains us.

Perhaps the umbilical cord is Kojima’s ability to sustain himself—the never-ceasing life support given by fans and the Metal Gear community; his baby, Metal Gear, has been taken from him.

Or the baby is your sins and deeds, born anew. And since the baby is sin, it has to be purged in oil.

The C in umbilical CORD represents the cresting wave of freedom, a common theme in Kojima’s works. The ORD, of course, stands for ordinance, so we can be sure that there is lots of, like, blowing shit up.

We invented STICK and nobody can take that from us. Stick : cord :: fire : light bulb.

The incisions of a botched C-section. A T-section. Or X-section. Exsection is a word=cut out.

So maybe the C stands for the C-section on Norman Reedus’ belly, which is actually shaped like a CROSS, which also starts with C, and is like the first letter in CHRIST—this connects it to the cruciform five floating in the sky at the end of the trailer.

Oil is the lifeblood of civilization.

What do the hands represent, though?

The hands are the hours of work he spent on projects Konami wouldn’t let him do—ruined and yet washed by oil.

The handprints are the demands of the fanbase.

Maybe Death Stranding is an anagram. Maybe it’s all anagrams.

He’s asking “who R they”

NO MAN READ US

He’s naked cause he’s given everything to his art. He’s naked because he is also a baby. His butt cheeks represent rebirth. The baby is a grown man. But it turns into oil (the source of production) to create this new project.

The roundness of life.

The butt cheeks are all of us.

The suppleness of a second chance.

One cheek per chance.

Reedus is a failed scientific experiment to allow men to give birth. Death Stranding‘s main mechanic will be to connect to other beings and attempt to give life where it cannot exist.

The five Metal Gears watch from the distance, Users of the Sticks, casting a long shadow over Kojima’s need to create with the umbilical, stranded on the shores of art… 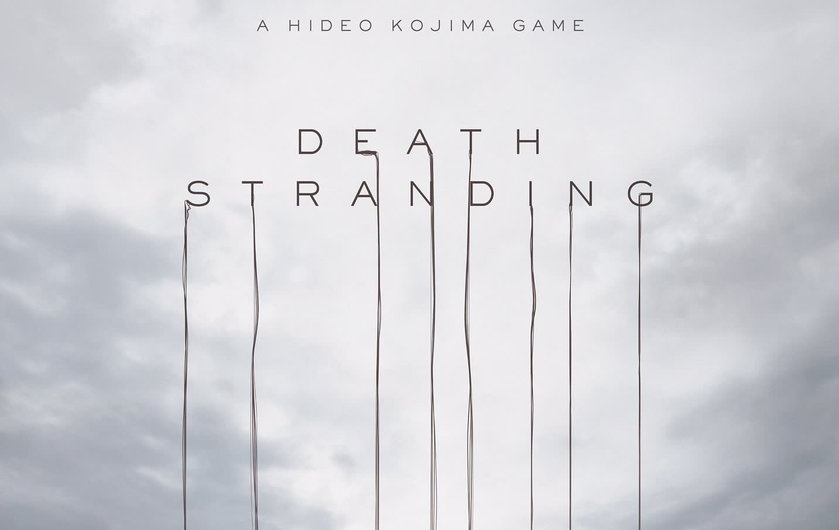 The letters with ropes coming down are EAT STANDING.

The truth is out there. And it’s a standing desk.

Wait, no. The AND doesn’t have strands at all. It’s EATS TING.