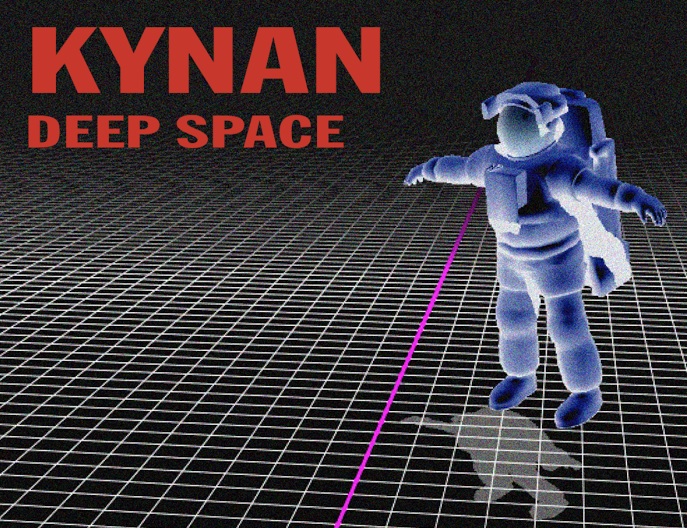 Bad news: Deep Space is a game you will never play. It doesn’t exist except as an implication. It’s the invented backstory for a new record by Joel Williams (also of Wavves-affiliated acts Sweet Valley and Spirit Club).

Under the name Kynan, Williams wrote the soundtrack to an imaginary game, which he describes as a “surreal shoot-em-up” in the vein of 1986’s Fantasy Zone. In the end—presumably around track 17, “Self Inflicted Wound Game Over”—you end up destroying the planet in your efforts to eradicate “mutated demon aliens.” The lead track, “Deep Impact,” throbs with huge clanging beats and plaintive synth arpeggios. “Contamination” has grainy washes of sound that nod to Italian prog outfit Goblin’s early-80s soundtracks, including their score for the 1980 Alien ripoff … Contamination.

The record becomes more cavernous as it goes along, detuned, distorted basslines, and stuttering drums roaring into an abyssal din. It doesn’t sound like music from 1986, pulling as it does from the modern aesthetics of Arca and the like, but it captures the propulsive, one-more-quarter vibe of its inspirations nicely.

Deep Space is instrumental, but you can glean a rough narrative from the track titles, the PS1 Greatest Hits-style cover art, and the brief teaser that Ghost Ramp label manager Patrick McDermott and Williams put together. “I wrote it all on a train ride after I had badly injured my hand,” said Williams of the project’s genesis. “It sounded like mood music for something in space.” See for yourself by streaming the album on SoundCloud.

You can purchase Deep Space in CD-ROM form for $10 right here.