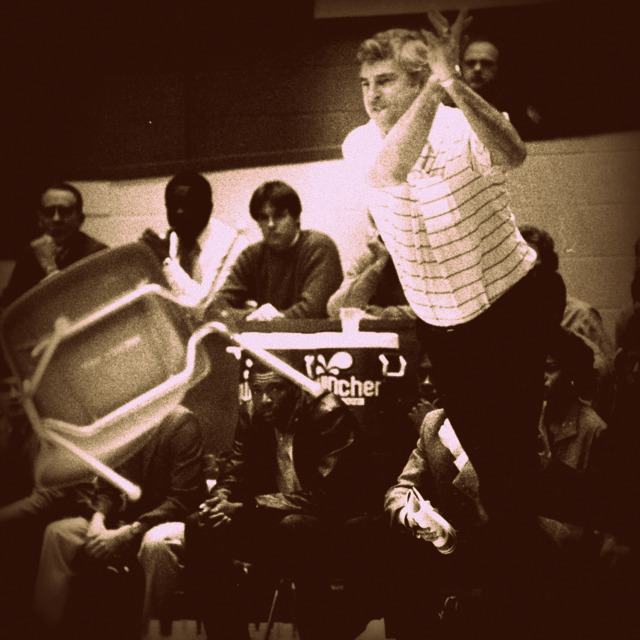 Phil Fish is a prima donna. If you told me he once sat on his hands and wouldn’t touch his computer unless someone fed him green M&Ms one by one, I wouldn’t be surprised. He portrays himself as difficult; or at least, those describing Fish make him out to be this way.

And here’s the essential kernel, the reason that his absence, one week after announcing he was leaving the games industry, will be greatly felt and his behavior should to be an example to his fellow developers: He was the center of attention.

Strangers had an opinion about him, valid or not. Name a thousand game developers and ask a consumer for their emotional response to them as a person. You might as well ask what Jupiter’s moons taste like; in both cases, we lack the necessary evidence. 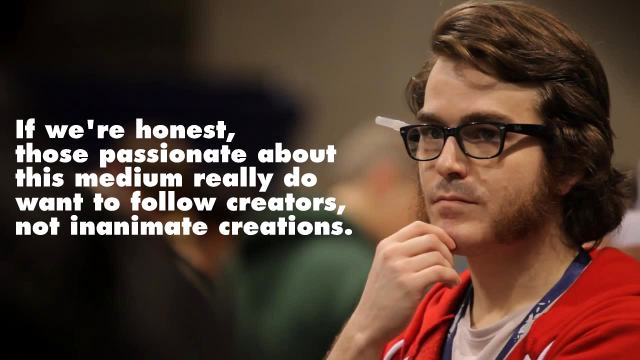 Fish not only gave us a brilliant game in Fez (with his Polytron cohort, Renaud Bedard, now at Capybara), but allowed his self to exist outside of the game world he created. Many are subsumed by their work. As fellow star of Indie Game: The Movie and game designer Edmund McMillen said, “I don’t want the messy interaction of having to make friends and talk to people.”  Sadly, that reticence has historically swung both ways.

But if we’re honest, those passionate about this medium really do want to follow creators, not inanimate creations. Too often the only characters witnessed in games are on the player-selection screen. We beat the campaign and watch the credits scroll by, like so many hieroglyphics.

Fish’s character witnessed during Indie Game: The Movie was just that, a character in a story about sacrifice and strife, and the pitfalls of dreaming in public. There’s a reason that, out of the dozens of developers that directors Lisanne Pajot and James Swirsky interviewed, Fish was among the four to dominate screen-time. When so much of yourself is put into a game, an interactive document others engage with, you allow yourself to triumph. But you also open yourself up to personal injury.

And injured he was. Last week’s ridiculous mud-slinging feud that led to Fish “leaving” the industry and canceling Fez 2 was a straight-up embarrassment for all involved. But one that all other creative industries thrive on. Go read Variety or Hollywood Reporter or the Village Voice and guffaw at the amount of immature garbage masquarading as professionals interacting. Have you ever watched director David O. Russell’s legendary, extended tantrum on the set of I Heart Huckabees? Aside from the fact that it’s directed at one of his actors, Lily Tomlin, it makes Fish’s Twitter tirade look like a courtesy call.

In the wake of his widely-acknowledged (within the tiny sphere of rampant online game enthusiasts reading this and other sites–CNN don’t care ‘bout Fez 2) exodus from game development, opponents and apologists have responded, either to pour the hate on or defend the man’s genius. I don’t know Mr. Fish. But I know more about him, or what others think about him, than nearly any other developer I can think of not named Molyneux or Miyamoto.

While dealing with negative reviews for his play Picasso at the Lapin Agile, Steve Martin once said about criticism: “I wrote a play, they wrote a review. I’m okay with that.” The work was the answer. Call me whatever you want, he seemed to say. I created something. You’re just staring at what I made and talking about it with your friends. Our thinner-skinned compatriots like Fish and Beer could learn from Martin. They might listen, too; he was, after all, a Wild and Crazy Guy and a Jerk. 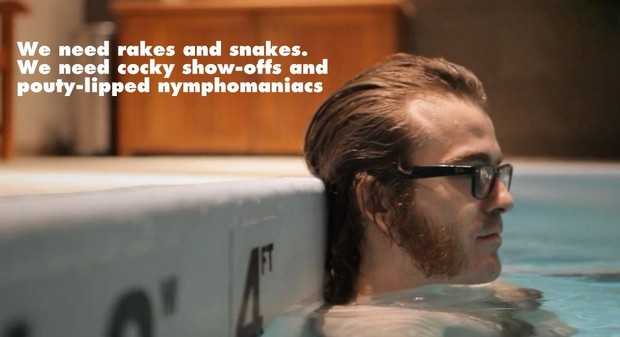 We need more people like Fish making games. Not because assholes make more interesting games. And not because self-destructive egocentrics with a messiah complex are in short supply these days. But because for forty-eight hours last week, people interested in games were talking about a person: Not bloom lighting, not a GPU’s clock-speed, not the value of the yen, not DRM or Greenlights or Metacritics or jiggle physics. A human being!

The games industry is filled with designers, artists, engineers and musicians, yet the topic of discussion rarely veers their way, obfuscated by petty comment feuds or near-sighted writers who use the word “obfuscate.” We need our creators to be more than simple crafts-people, tinkering in their shed.

We need a few more outspoken mad hatters out there. We need rakes and snakes. We need cocky show-offs and pouty-lipped nymphomaniacs. We need 400 pound gorillas. We need ragamuffins and raconteurs. We need Amazons, ruffian pixies, and albino dwarves. We need pathological liars.  We need obnoxious goodie two-shoes. Most of all, we need people to make great games.

We need these people to stand up and be counted, to tell us what they have to say. Then: We need to listen. But so do they.

Images via Indie Game: The Movie.