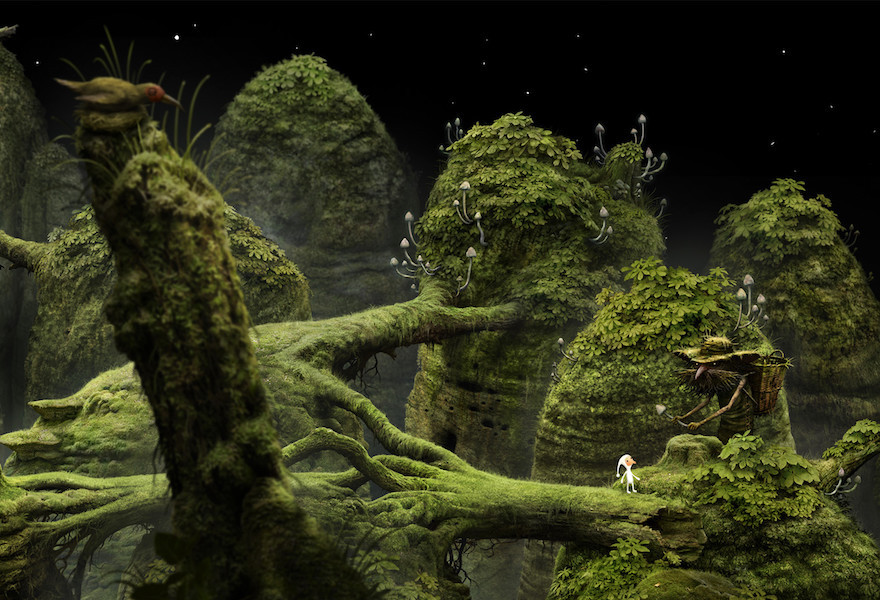 We got a glimpse of it last year, but now it’s been confirmed that the full, beautiful picture of Samorost 3 will be landing on this planet on March 24th, 2016 for Windows and Mac.

This is the next in Czech-based game studio Amanita Design’s Samorost series, which started back in 2003 as a free browser-based title about a small gnomish creature wandering through a biomechanical spaceship in an attempt to stop it from crashing into his home asteroid. The title did well, being nominated for a Webby Award and prompting a Webby-winning sequel in 2005, which carved the path towards Amanita’s larger, more well-known, and most recent titles such as Machinarium (2009) and Botanicula (2012).


As we see in the new trailer above, Samorost 3 promises a significantly more ambitious adventure than its predecessors, sending the player on a large-scale journey across seven different planets.

The surreal landscapes that made the first two Samorost titles so successful are back and seem even more detailed, resembling painstakingly handcrafted dioramas. Even the gnome has gotten a redesign, switching out his former watercolor appearance for something more akin to one of Nintendo’s microscopic creatures in the Pikmin series, only now wearing Little Nemo’s pajamas. It’s a fitting look, given the dreamlike and often larger-than-life places this little gnome will be visiting.

Most of the trailer’s time is dedicated to showing off the various oddballs the gnome will come across on his adventure, including a bespectacled professor type, an ape-man who quite enjoys hot springs, and an almost spider-like creature who shares a cup of tea. This may be a strange world, but it seems to be welcoming enough to those who are willing to be patient with it.

One of the choices Amanita has stuck with since the game’s first outing is that the player doesn’t control the gnome directly so much as they play an omniscient force that manipulates his surroundings to allow him to pass. Given the bizarre nature of these environments and their inhabitants, that often means unlearning assumptions and rather discovering how this alien world works from the ground up. It’s a classic surrealist theme, surprising the audience and making them check their expectations at the door. Samorost 3 asks the player to be open to new ideas about how exactly societies and and ecosystems entirely divorced from our own are supposed to work, indulging in the types of imaginative but rewarding brain-teasers that can only happen when traditional logic is thrown out the window-flower-robot-thing.

You can keep up with Samorost 3 over on Amanita’s website.