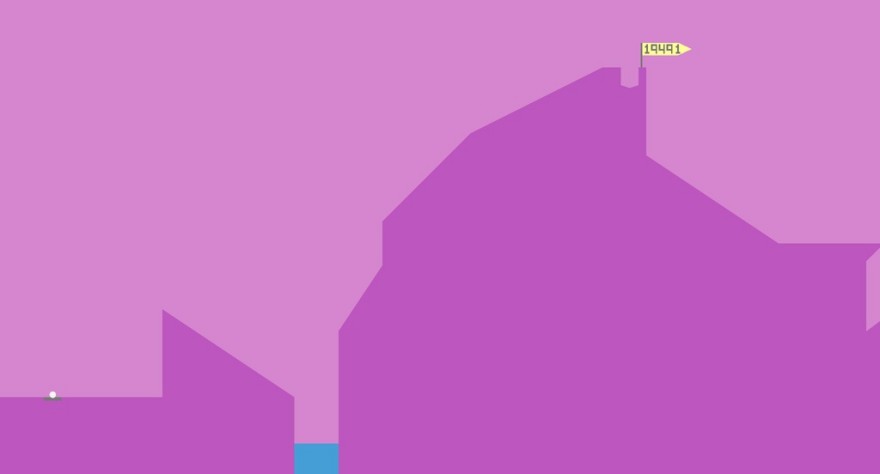 Chris Adam played a lot of golf in 2012, and that’s putting it mildly. He must have been quite good, because one could not play as many holes as Adam did while triple-bogeying left, right, and center. But how many holes did he play that year, you ask? Well, according to the world record certified by Guinness World Record: 14,625.

That is a lot of golf for a lifetime, let alone one year. “809 full rounds of golf and seven 9-hole rounds,” as Golf Digest helpfully explains. All that golf adds up to 4,866 fewer holes than the point at which the shockingly compelling Desert Golfing is rumored to end. The game never really ends as its levels are procedurally generated (though the same for every player)—you can open it day after day—but hole 19,491 is the point where a Touch Arcade forum member, Jotch, found an unbeatable hole.

that promise hasn’t really been broken

“The game doesn’t allow you to drive the ball hard enough to make it up the hill and all the angles that make up the hill are too steep to allow the ball to sit still on them,” writes Touch Arcade’s Jared Nelson. “Another possible strategy that’s been discussed is trying to land the ball on the very point of the slanted wall right next to the tee, but Jotch has tried that tactic “endlessly” and could never get it to work either.”

(UPDATE: An intrepid Twitter user has reported that there is life on hole 26,950. It is not yet 100% clear that Jotch’s hole is indeed beatable or that no unbeatable exists in Desert Golfing, but the game’s outer limit is further out than it first appeared.)


Desert Golfing’s iTunes description promises “Hold infinity in the pocket of your shorts, And eternity in Desert Golfing,” and that promise hasn’t really been broken. Jotch can tilt at the windmill of hole 19,491 forever. That may well be the textbook definition of “eternity in Desert Golfing.” It is, however, a slightly different definition of eternity than the game heretofore hinted at. Desert Golfing has always been a slog, purposely and painfully slow, but it has never been truly Sisyphean. It just felt that way. Therein lies its charm. As Pete Brooksbank wrote in 2014, “You are playing for absolutely no reason at all, certainly not glory, but you keep going, your addiction fuelled by its unerring ability to immerse you in its 8-bit landscape and impart an eerie sense of overwhelming solitude.”

If this whole episode achieves anything, however, it will have been to demonstrate the vitality of infinite universe* games. To find Desert Golfing’s breaking point, Jotch had to play 19,491 holes. And, as it turns out, that wasn’t even the breaking point. Someone’s made it 7,000+ holes further. It’s an unthinkable slog, yet a person on the Internet did it. Similarly Chris Adam went around King Kamehameha Golf Club hundreds of time in one year—to no particular end. There is always someone who will press on towards some invisible and possibly nonexistent threshold. If nothing else, that is encouraging as No Man’s Sky looms closer.

You can purchase Desert Golfing over on the App Store.