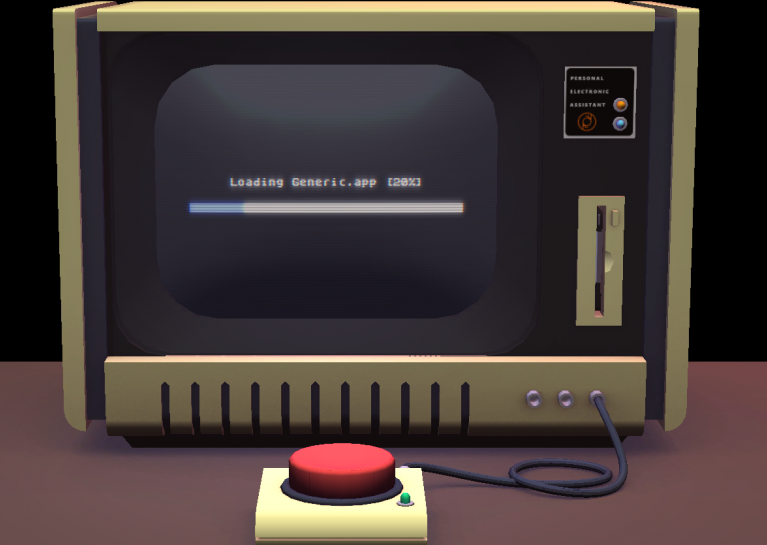 It’s your first day as a [insert menial entry-level job title here]. You’re stoked—not like “it’s Christmas day and I finally get to unwrap my N64” kind of stoked, but more the “I’m an adult and this is the first step to getting my life in order” kind. Sure, it might not be your dream job. Sure, you might not even fully understand the words in your title. But it is, in fact, a job. A step forward. And for that, you are grateful.

Inevitably though, some weeks or months in, things start to go south.

You sit at your desk job, realizing how the identical cubicles to either side entrap you within a cage of uniformity. Each one is painted that off-tan color, like skin that’s rotting from the inside out. Turning to face your desk, you boot up a computer that would look more at home in a computing history museum. Once it’s done having its equivalent of a digital seizure, your Windows ‘98 begrudgingly allows you to log-in and do some of that meaningless work that needs to get done today. After hours of mindless button pressing, your day is over—no better or worse than the day before. For some reason, you can’t stop thinking it’s your life that’s over instead of just the day.

You can’t stop thinking it’s your life that’s over instead of just the day.

The widespread experience of hating your techno-cratic entry level job is exactly what inspired the prototype of Deskjob. Created during the 48 hour Global Jam, the Melbourne-based development team transformed the jam’s theme of “What Do We Do Now” into an existential-crisis simulator any twenty-something will recognize.

“We wanted the player to ask themselves ‘What do I do now?’” says Josh Bradbury, the lead designer and 3D artist.

So the game wordlessly drops you into the natural habitat of a nine-to-fiver: off-tan cubicles, a computer from the Cold War era, and a set of vague, bureaucratic instructions for you to carry without understanding why.

“The game always passively provides you with concise answers to that question of what to do: you may press the button, not press the button… or just give up. A certain amount of player frustration was intended.”

Yes, the game clearly presents you with the option of what you can do. Yet that does nothing to clarify this question of “What do I do now?” Like that moment at your IRL desk job when you realized your soul was dying with every successive day, the question lingers in the game even as you try to busy yourself. So you pressed the button, but, “what do I do now?”

Deskjob is more than just a critique of the underemployment experience. The simplicity of its interactive option(s) reads like comment on the illusion of choice that plagues game designers. The big red button you press might as well be TellTale asking you which person you’d like to save at the end of an episode of The Walking Dead. After ensuring you feel like pressing the button is a big deal—asking one too many times if you are sure this is your choice—the game moves on with its programmed end, all but unaffected by your momentous decision-making.

Aside from the illusion of choice, Josh says the team “sought to pinpoint the futility of the modern game-loop (input > feedback > input) and draw parallels with many real-life jobs that might be engaging at first, but then become essentially the same type of endless loop.” Often, videogames can serve as a Band-Aid for the soul-crushing dissatisfaction of a nine to five. However menial a videogame task might be in reality, they at least come with their own reward system.

“Your actions lose all meaning.”

But even videogame escapism can sour into a hollow endeavor. Whether through underemployment or poor game design, “your actions lose all meaning. They become mechanical, with a purpose that no one really understands.”

Originally, Deskjob also parodied of the rumor-rampant early Internet culture surrounding old adventure games (and no, you cannot catch Mew in Pokemon Red and Blue, no matter how hard you keep trying.) The game at first included a slew of obscure endings and secret scenes, which unfortunately couldn’t be completed in time for the end of the jam.

Though free prototype available on the site is short, it provides a great preview of the puzzling and funny experience the team hopes to expand and bring touch devices by the end of April. It’s available for download on Windows, Mac, and Linux.