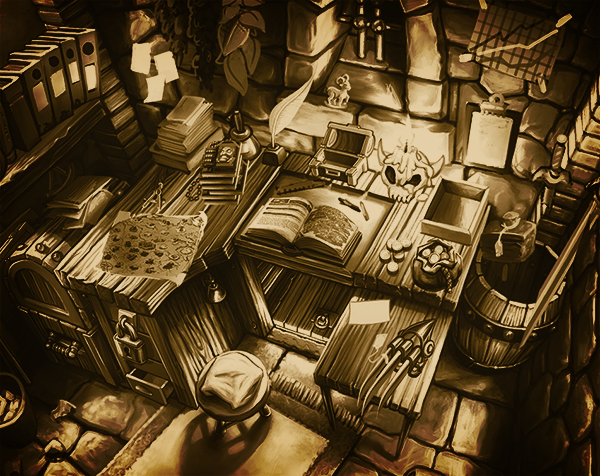 Role-playing games have come a long way since they were adapted for the screen. Popular single-player RPGs like the 20 million-selling Skyrim still offer statistical character progression and Dungeons and Dragons stories, but took other genres’ ideas for a more exciting presentation. Consequently, Skyrim’s combat doesn’t know whether to roll a die or slow down for a cinematic headshot.

While RPGs were busy taking ideas from action games, the reverse happened too. Call Of Duty 4’s deathmatch modes introduced a levelling system that tightened the compulsion loop so far it seems to have hooked players for life. The RPG’s sense of progression, previously tied to a character’s continuity and story, was bolted on to a mode where you ran around the same battlefields killing, dying and respawning over and over again. Counterintuitively, it worked, and Call Of Duty has become one of those series that define games in popular culture.

This metagame, the extra layer that surrounds the “real” game, has become a bit of a crutch. Now in any genre, whether single- or multiplayer, it’s not enough to unlock the next stage when you complete the first. Instead, some counter needs to tick over, or some bar needs to fill up with pure green progress. Call Of Duty, especially, is as generous with experience as a perpetual intern’s CV. Give everyone a false sense of accomplishment, even if none of them deserve it, and it turns out they’ll keep playing your game.

Now, the roguish Desktop Dungeons has come along to bring the metagame full circle. Levelling up takes place in both the real game—randomly generated single-sitting dungeons—and in the metagame that surrounds it—the settlement you develop and begin your adventures from. At first, the cartoon look of the town, and the way you spend gold to upgrade buildings makes it feel like a Facebook game. There are jaunty arrows to indicate upgradeable buildings and an equally jaunty advisor to guide you through the opening stages. Is it a crutch, or does it serve an actual purpose?

At first, the cartoon look of the town, and the way you spend gold to upgrade buildings makes it feel like a Facebook game.

The first thing you notice is the complexity. Outside the dungeons, you’re introduced to countless buildings, classes, challenges, trials, tutorials and missions that can all be attempted or levelled up in any order you choose. Inside, the clicky, turn-based combat is so numbers-heavy that the game tells you the outcome of each strike before it hits. The decision to take a +2 sword or a +10% shield with you can have a big impact on your early game. A good example of the interlocking design is that the most common way to replenish health and mana is to explore new parts of the dungeon, so every step needs to be chosen carefully. Do you try your luck with the enemies you can see, or go looking for weaker ones in the dark?

Soon, you start to realise how hard it is. As long as you don’t overreach, it’s quite easy to rack up a few levels against weaker opponents. It’s only when you track down the boss that you realise you’ve wasted all your potions and that you’re still a few levels short of defeating it one-on-one. You reconsider your strategy and start again. This time, you find the boss only to realise that in this particular dungeon it’s got high physical resistance and you’re playing as a fighter. You try again as a wizard and so it goes, every different dungeon mission has a different boss and a different set of enemies, and they’re all randomly placed each time.

There’s always a fine balance between success and defeat. So, the more you recognise the finite resources, the more careful you’ll be; the more you come across particular challenges, the more ways you’ll have of surpassing them; and the more strategic you are in your play for the whole level, the more chance you’ll have of defeating the boss. Like Spelunky, you’re rewarded with the power-trip of knowing that you’re getting better at the game.

Unlike Spelunky, where occasional shortcuts and a place on the high score list are the only tangible rewards, the metagame provides a whole bunch of other ‘rewards’ that undermine the purist’s sense of progress. There’s a slot machine ka-ching as your bank balance swells, new classes to send into battle, new items for them to take, even the pleasure in watching your settlement grow. The thing is, understanding a multitude of systems and how they interact seems a more authentic sense of accomplishment than that given by an extension to your fictional thieves’ den. So why bother with the metagame?

Of course, Desktop Dungeons has good game design at its core, but I’ve come to realise that even the metagame is more than it appears to be at first.

Game makers should be tasked with making systems that are as pure as they can be, in the same way that novelists are told to kill their darlings and scriptwriters to cut any scene that isn’t completely necessary. Facebook games have facile build-your-town shells because the paucity of the actual game you’re supposed to be playing isn’t enough to keep you hooked.

Of course, Desktop Dungeons has good game design at its core, but I’ve come to realise that even the metagame is more than it appears to be at first. There are elements that suggest it’s poking fun at social games and the superficial rewards for grinding they offer. The game’s self-aware humor, picking holes in RPG tropes is one, but another is the way it deals with upgrades. Unlock a new, more powerful sorcerer by adding an extra floor to your wizard’s tower, and you might release the contents of some extra-dimensional rift into the dungeons, making them even more of a challenge.

It is a game with a single aim, then: a series of increasingly difficult, randomly generated challenges that are only defeated with care and precision. What seems at first to be an overcomplicated metagame mostly pulls in the same direction, even if it does detract a little from the excellence at its centre. Desktop Dungeons may have been better without its metagame, but including it does serve some purpose, and even better, it doesn’t do much to hide the execution of some inspired game design.