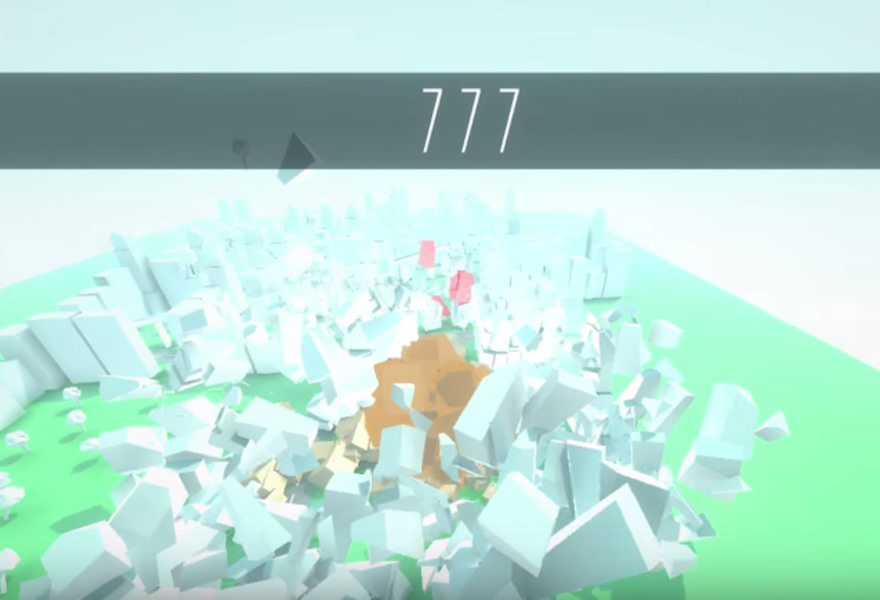 Showing up in media aimed at the “little guy” since the invention of bureaucracies and corporate culture, there’s something satisfying about a relatable hero using the tools of a corrupt system to take it down from the inside. Notably, there’s a common trope in office comedies where the protagonist is annoyed by a pesky middle manager only to get promoted above them by a visiting corporate head at the end of the film. Likewise, courtroom dramas have a similar convention where the defense uses an obscure loophole to save their innocent client from going to jail. It comes across as a sort of poetic justice, where those in power are forced to face the same fate they’ve been thoughtlessly forcing on others for years. For overworked underlings, these fantasies can be a fun way to pass the time, but unfortunately, they rarely involve explosions.

Cue videogames. If there’s one thing we know how to do, it’s blow shit up. Case in point: Nuclear Business. Created by Swedish studio LandFall Games as part of a game jam, Nuclear Business asks the player to use a nuclear explosion to send a characteristically and quite literally thick-headed businessman flying through skyscraper after skyscraper, tearing each building down in the process.

Though LandFall’s site promises an emphasis “on gameplay before everything else,” there’s something to be said for the use of loaded imagery here. The next evolution of the “torture your boss” subset of Flash games populating the likes of Newgrounds and Kongregate, Nuclear Business makes its cathartic sadism all the more impactful through use of ironic punishment. By using a multi-million dollar bomb to force an industry leader to destroy his own corporate headquarters against his will, players are able to turn the tools of big business against the system itself, fulfilling the role of a vengeful devil as they turn the tables on their boss.

The result is a comforting Emperor Palpatine-style enabler of a game where you get to cut loose and let your hate flow through you. The perfect response to being asked to work through lunch or being tossed a difficult project right as you’re about to head out the door, Nuclear Business is a stress ball for the digital age. Just be sure to keep it away from prying eyes if you decide to up your renegade score while still at work.