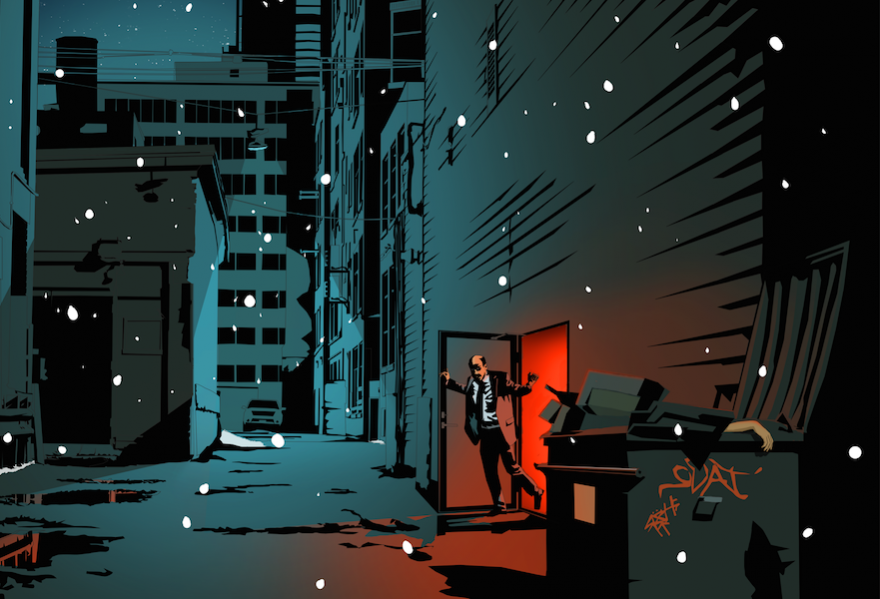 In a recent piece for The Huffington Post, Paul Achter wrestles with the idea of an America in love with a show that overtly criticizes the society that loves it. “I’ve learned that when we talk about The Wire,” he writes, “the conversations often are completely detached from what The Wire says about system racism and the failure of the American dream … they will interpret the show as a fairly typical, morally benign cop drama.” These are essentially the two sides of The Wire: that of societal critique and that which is the bravado it sometimes treated its drama, its violence. The way in which Michael K. Williams whistles as he slings his shotgun as Omar. The way in which Michael Potts as Brother Mouzone almost comically defends a corner with a quick draw at Method Man’s Cheese.

Seven years after the end of The Wire, The Detail is here: at a time when race and class warfare are at the forefront of American existence, and an eternally gaping wound is beginning to receive only the barest of necessary attention. A time when videos show the routine gassing and peppering of crowds, the countless arrests, murders, and injuries committed by militarized police forces on American streets and cities. These events, The Wire, and The Detail speak the same language: of cops, of race, of racism, of poverty. But The Detail is a little brother gleefully emulating a show, and unfortunately in all the wrong ways, and at the completely wrong time. It draws upon the sensational drama of The Wire without really holding that reality in its hands, without feeling the jagged consequences of that action. It hears what The Wire says, but it isn’t really listening.

It would be easy to write a review of The Detail’s second episode and ignore the real-world context that surrounds it, but it would also be wholly irresponsible. Games are media and as such have responsibilities and consequences—just like movies, literature, music, and television—that they bring into the world. It’s time they start acting like participants in a real world, in a conversation that precedes their very existence, especially when they speak the language of a real world where black churches burn and black bodies are held down by white policemen.

The Detail almost engages. Each episode ends with (unsourced) quotes about the actions you took while in-game. After I performed a clean arrest, it said: “Minority groups have relatively low confidence in law enforcement, and large portions of these communities believe police are likely to use excessive force on suspects.” When I helped a woman outside of a strip club recover her passport from the manager’s office: “According to a recent study, the victims of sex-trafficking in the United States are increasingly coming from Central and Eastern Europe.” After an affair: “It has been estimated that roughly 30 to 60% of all married individuals in the United States will engage in infidelity during their marriage.” At their best, these statements serve as ugly reminders that there are sometimes no good choices. But they are as depressing as they are divorced from the tone and action of the game; an afterthought to something that doesn’t necessarily celebrate tragedy, but uses it to create the giddily gritty narrative joints of an experience that is cop drama game first, social lesson last.

Case in point: after I, as Katelyn Hayes, cop, helped Jolenta, sobbing woman outside of strip club, retrieve her passport, I was given three options: give her some money, get her a taxi, or get her a hotel room. Each one comes with its own achievement: as a sobbing woman sits beneath a lamp post outside of a strip club, a little box in the right-hand corner pops up. Weak Tea, it says, when you give her only a few bucks. Humanitarian, it says, and a little drawing gives me thumbs up after helping her get a hotel room. Feel good as a woman sobs in the damp sidewalk light of the night. Feel bad as you think about central Europe; but make sure it’s when the credits roll.

At the beginning of the episode, Reggie Moore, 54-year-old white cop protagonist, perversely expresses glee at the idea of once again solving “real” crime and all we can feel, initially, is trepidation at his excitement. But that is all but forgotten as we get to the scene of a combination arson and shootout and the focus is solving crime: the player’s and Reggie’s priorities align. The game highlights objects; we click to advance the story. A dead man in a bathtub is reduced to his possessions: a phone, a gun, and a blood stain. Piles of stolen goods and drugs linger in the room next to him. The perpetrators of this crime are essentially a black version of the Three Stooges: D-Hound, who tokes a bong and plays videogames; One Shot, whose dossier notes that “the gang has kept him around partially for the comedy value;” and Tall Boy, whose hobbies are listed as “basketball” and “watching The Wire.” It is implied that he studies so that he can be like Idris Elba’s Stringer Bell.

They leave the story as quickly as they enter it. And it isn’t them, but the things around their rooms that define them: a couch, a textbook, a weight bench. They aren’t so much characters as they are conduits for argument, propped up to let Reggie—and the player—make ethically questionable choices that often have no positive option or result. Reggie narrates their possessions and disregards them as quickly as the game does, and I feel confident that we’ll never see them again.

I wish I had been right. Tall Boy reappears, first in the trunk of a car of Joe Miller, the former-criminal/honest-family-man/criminal again protagonist. Joe has misgivings about the situation that are solidified when they end up at the docks, and Tall Boy gets his face pushed into a propeller to ostensibly teach him a lesson, but the lesson isn’t meant for him. It’s meant for Joe; it’s meant for us.

The lesson is this: the characters that used his body as a demonstration of violence are incredibly terrible dudes, just as the gang in the back of the Chinese restaurant were terrible dudes in the first episode, as they pushed a nameless, objectified man face-first into a deep fryer—a demonstration of evil, powerful men, in control of other people’s bodies.

This is a long way of demonstrating something that is a painful, unavoidable truth of The Detail: that it primarily uses minority characters as a method of advancing a plot mainly overseen, narrated by, and pathed out by a white cast. Beneath “New Game” and “Options” on the game’s menu is “The Board,” a bulletin board curated into three categories: Law Enforcement, Criminals/Suspects, and Civilians. Tyrone, Reggie’s partner, is the sole black cop: he grew up in the projects alongside William, the sole black civilian. While Tyrone became a cop, William remained; the former’s hobbies are listed as jogging and Sudoku, while the latter apparently enjoys “keeping the crackheads out of his apartment.”

The criminals go by names like Threeways and Big Felipe. The only white characters are those at the top of their food chains, the ones embroiled in the game’s mystery, playing black and Hispanic gangs against each other as though they were pawns. “Mikhail,” the game’s antagonist, is a mysterious mastermind who would fit in as a Bond villain, a presumed American—white—masquerading as a Ukrainian. This isn’t some reflection of society; this is a world wherein characters with agency are given a skin color that brings with it the very privilege of agency itself. They are granted serious dossiers with serious hobbies, the chance to star in a lopsided drama that, as it continues, seems to miss whatever positives could have come out of The Wire’s stark portrayal of society and life. The comparison and homage is a rose-colored mirror that reflects the cop drama, and less so the reality and responsibility. If The Wire was a conversation with an audience about culture and society, The Detail seems content to converse only with other fans of the show; to speak in excited tones about their favorite parts. 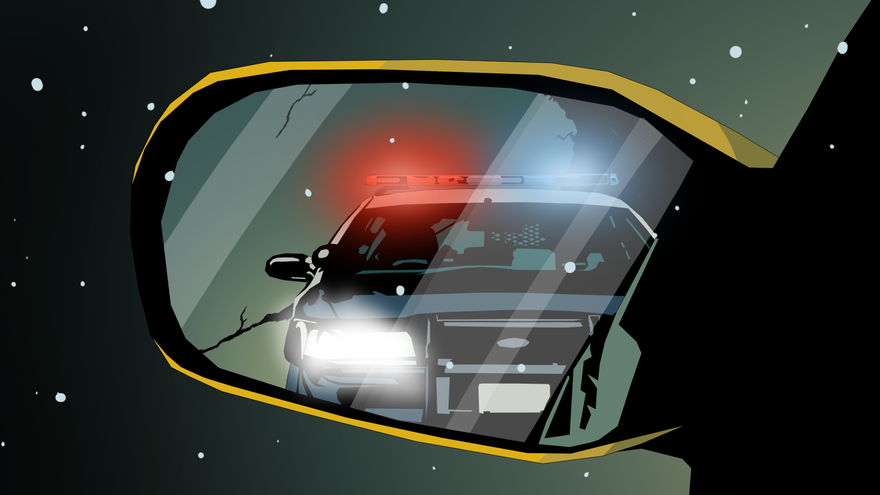