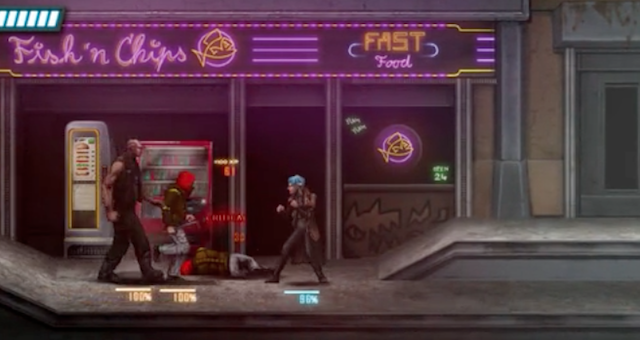 Even if you haven’t heard of it, you know how Dex goes. A police siren wails in a rainy back alley. Purple neon letters carve through an infinitesimally gray city precinct. You used to be somebody until your memory implants were fried while hacking into the firewall of a sentient AI—a setup, you claim. Now you haunt the junk-sick streets pawning your kidneys in a trench coat and a pair of black sunglasses, or something.

Dex, by Dreadlocks (not from Zion, but the Czech Republic), is a side-scrolling beat’em-up that has raked in a fair sum of money on Kickstarter, and, you guessed it, it’s a cyberpunk game. While the game looks decently entertaining and it’s hard to resist the allure of cyberpunk—because it’s cyberpunk after all—I have to question if games are overexposing the console cowboy.

Last year’s surge in popularity of cyberpunk games was a godsend for fans of a genre on the wane, peaking when CD projekt RED announced Cyberpunk 2077, but now that a spate of games with pretty much the exact same theme have come to fruition, it seems like overkill. If nothing else, the resurgence shows that, like metal and D&D sword and sorcery, cyberpunk is resilient and here to stay.