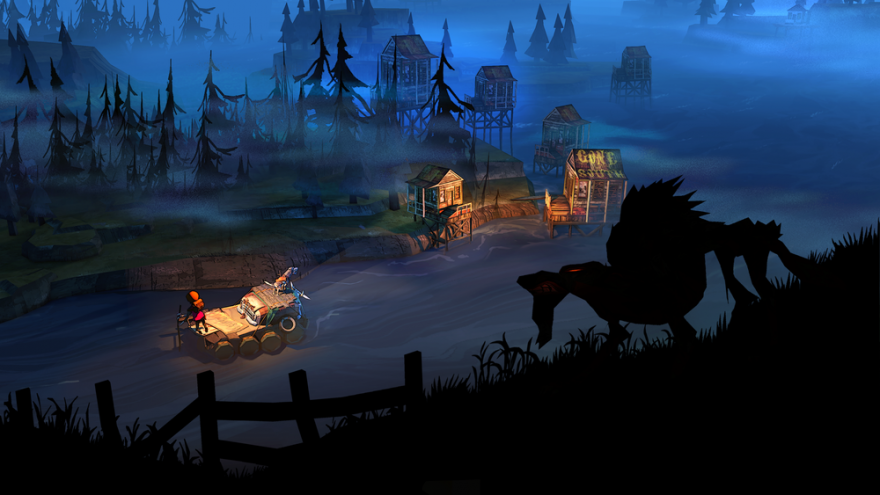 If you haven’t played The Flame in the Flood yet then consider this a second chance. Today it was announced that it’ll be coming to PlayStation 4 on January 17th. And not only that, it’ll have some extra goodies to boot in order to justify calling it the “Complete Edition.”

There aren’t too many extras to get excited about in this new package. It includes a director’s commentary, avatars, and a dynamic theme. Oh, and “gameplay enhancements,” which could mean anything, but given that the creators are being vague it’s likely just a bunch of small improvements that even people familiar with the game will hardly notice.


If you missed The Flame in the Flood when it came out for PC and Xbox One last year, you can be forgiven—there were a lot of good games to keep you busy in 2016. It’s worth a visit if you haven’t already checked it out: it’s a twist on the survival game that has you rafting down a river while dealing with the monsters of post-societal America. As well as steering your modifiable raft down the hazardous river, you’ll have to make stops at fractured islands to forage for whatever bits of food you can, and if you should fall sick then you’ll have to hope you come across a remedy at some point too. There are also wolves, boars, and bears to either evade or deal with if you’re able to build a trap and lure it in.

Yes, a little dog that can carry things for you

Alright, that’s pretty standard survival game stuff. The twist here is that you can’t stay in a single place as with most other games in the genre but have to constantly escape from the approaching floods. Keep moving or you’ll die. You’ll die a lot, actually. Which makes it a good job that the river and its surrounding environments are procedurally generated—new surprises with each death!—as noted in our review, it’s a fitting videogame twist on the old adage, “You never step in the same river twice.”

If the game isn’t grabbing you at this point then I have two more features to help lure you in. The first is a dog called Aesop. Yes, a little dog that can carry things for you. It’s great. Plus, anything that Aesop is carrying upon your death will be transferred to your next playthrough. So, yeah, give that dog your best stuff (and some treats). The second feature is the folksy Americana soundtrack provided by bearded outdoor guitarsman Chuck Ragan. (Go on, have a cheeky listen.)

You can find out more about The Flame in the Flood on its website.