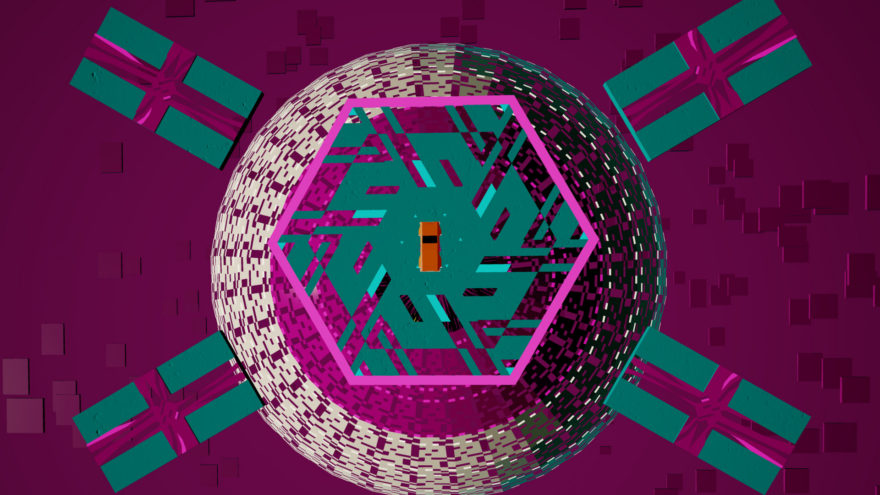 We’ve seen so many games in virtual reality: shooters, simulators, hotdog crossbow slingers, among dozens more. Though one genre, at least for the most part, has been notably absent from the technology that boasts ‘immersion’ and ‘innovation’: the arcade game. Whether they’re the ones people would lose quarters on continues over at a local pizzeria cabinet, or the modern variety—like the retry-prone Trials or even Turbomania. Yet developer MimiMe is trying to change that, by bringing an arcade racer to VR.

Diesel Power is a neon-hued ode to the F-Zero-esque arcade racers of yesteryear. Its description bids that the game is best described by simple words: “Raw. Challenging. Enraging. Satisfying.” Also known as, the words that come to mind when playing a good arcade game. But Diesel Power isn’t a racer in the ways one might expect. Instead of racing other vehicles, you’re just racing the omnipresent ghost of certain death.

As your neon orange car putts along a teal road, the road unexpectedly shifts and forms around you, where a turn can take you by surprise and send you flying off the track, or worse, an unanticipated foe might ruin your run. At the very least, Diesel Power is a game that encourages frequent retries, outfitted with a quick restart that’s integral to success.

Since the game’s in VR, the player is almost like a puppeteer, watching over puppets at play. The car has no qualms with gravity, and drives upside down without a worry. And you, the player in VR, have to peer around the ever-shifting track to make sure no crashes await your car’s retro-vivid surroundings. Just remember to restart.

Diesel Power is currently in Steam Early Access for 2 to 3 months, though its developer notes that the game is “content finished.” The game is available for $9.99 for the Oculus Rift. Drive soundtrack not included, sadly.