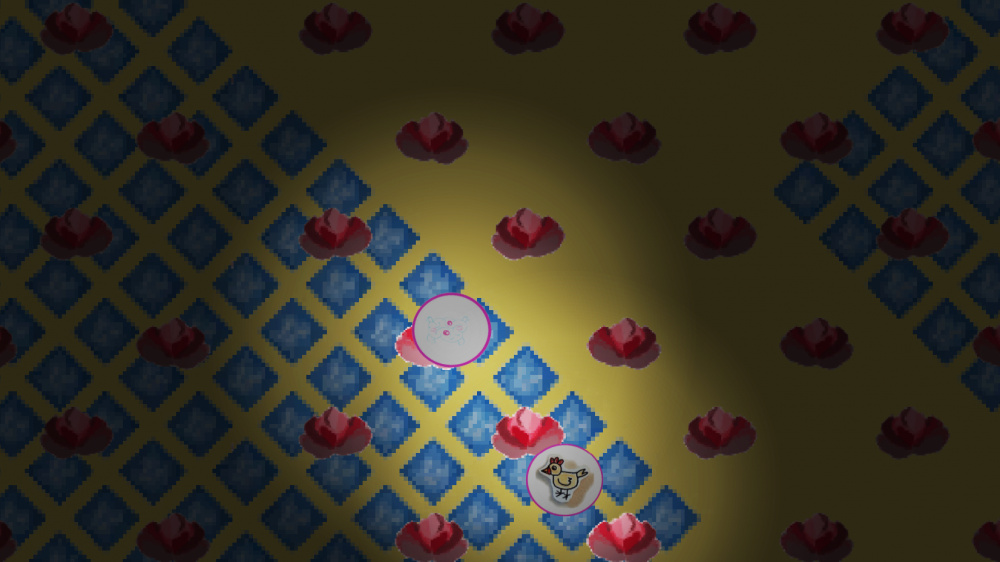 For months, I’d been eagerly looking forward to one of the most important gatherings of game developers and players alike. This event holds demos and reveals and talks in one of the oldest cities in the U.S. and has been making waves for its vocal push towards inclusivity: the 2nd annual Different Games Conference. Many people who play videogames would have mentioned the concurrent (and much larger) PAX East conference here, but I’d rather talk about Sarah Schoemann and Toni Pizza’s vision for a gaming event that is first and foremost—rather than obligatorily—designed for everyone.

When I arrive at the NYU Polytechnic School of Engineering floor in downtown Brooklyn, I’m greeted in the registration line with a conference-exclusive pack of Queer Edition discussion cards for Colleen Macklin and co.’s The Metagame, a sort of Apples to Apples for culturally savvy adults. My discussion card asks “Which is best at deconstructing the dominant hetero-patriarchal paradigm?” My options include cards like Spin the Bottle and Sesame Street. Discuss.

Presenters and press are given badges that clearly identify their preferred gender pronoun. “Realistic Kissing Simulator”—something of a mascot of the event—hovers over the entryway, a game that is about consent and, if I’m the one playing it, aggressively licking eyeballs (you had to be there).

There’s an immediate comfort in the air. One presenter at the first Different Games, Adrienne Shaw, of Temple University, told Paste of the conference, “I have found my people.” An open bar and playable games on display don’t hurt. I tried out Hugby and the “co-operative pinball concept” Word of Mouth, where player drawings are scanned and turned into a cooperative adventure game. I draw a shaved tiger and I touch my share of player-drawn butts.

“Which is best at deconstructing the dominant hetero-patriarchal paradigm?”

At 7 pm, there is an introduction from the National Endowment of the Arts-funded fellows (Kaho Abe, Mattie Brice, Robert Yang, Anna Anthropy, and Colleen Macklin) who are delighted to be receiving government money to make games about sadomasochism and ultra-realistic gay club simulators.

They talk about gendered marketing to children and changing what we perceive as “girly” or “boyish.” They talk about the trouble with Mass Effect’s romance system, in which potential sex partners are just “vending machines; if you put enough kindness points into them, they have sex with you,” according to Anthropy. They talk openly about sex positivity and their intention to use their NEA funding to create queer games not quite like anything we’ve seen before.

Like the games already present to play at the conference, I found all of the concepts compelling in their own right, and none of them were presented as being for any one particular audience—an important characteristic of the conference. In my correspondence with Schoemann, she emphasized that Different Games “didn’t want to create an event that was about women, queers, people of color and other marginalized folks coming together to preach to their respective choirs.” This tends to be the side effect of having advocacy tracks at other conferences: the marginalization of what are perceived as fringe and disparate problems for those at the perimeter of the nougat-y “core” gaming community.

“Different Games” may not be so different, after all.

PAX East, which was occurring at the same time as Different Games, debuted their controversial “diversity lounge” this year, a separate area where programming related to diversity issues could thrive. Entire publications like Rock Paper Shotgun took a stance against PAX as a result.

Still, boycotting may not be the best option. Developer Shawn Allen (Treachery in Beatdown City) shows one possible alternative: he infiltrated every major conference he could in order to spread awareness of underrepresented non-white developers. Diana Santiago, Allen’s creative partner, was on hand at Different Games to lead a session that presented “Dispatches from the floor of PAX,” but I still wonder: is it irresponsible to hold a conference in opposition of PAX rather than seizing any opportunity to advocate at major gaming conferences?

But I didn’t want to assume anything; I asked Schoemann and Pizza if the timing of Different Games was intentional. It was coincidental the first time, but became a statement for year two. Going forward, however, they acknowledged that having both occur on the same date in distant locations disallows those feminist developers from attending whose livelihood depends on promoting their games at PAX East, so other dates will be considered.

The similarly themed GaymerX recently announced that their 2nd conference will be their final one, citing “the new focus towards diversity in the industry” as one of the reasons for discontinuing. (The reason of financial unfeasibility hinted at in the official Facebook statement is more compelling to me). We’re certainly beginning to include diversity in the discussion of game development and gaming communities, but the economic backdrops and disparity of intentions continue to make Different Games Conference necessary.

And yet, “Different Games” may not be so different, after all. Is the name picking a fight where none is needed? The space itself provided by NYU is host to arcade cabinet versions of more traditional titles including the bloody pixellated sword-dueling game Nidhogg and the high fantasy themed soccer-like Crystal Brawl. Like many other conference goers, I found these cabinets every bit as enticing and legitimate as the sex-positive, alternate controller novelties nearby. That such an eclectic collection of games shared a space with more traditional titles and the sky didn’t fall is, I’d argue, a great sign of things to come for this and future gaming events.