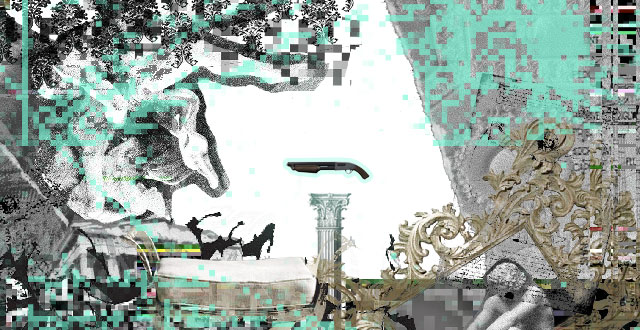 “I am thus a conservator of good doctrine and not an innovator,” the painter Jean Auguste-Dominique Ingres wrote of his neoclassical style. Neoclassicism was one of the major artistic movements to come from the Enlightenment. In History of Art: The Western Tradition, art historian H. W. Janson described Neoclassicism as “a return to reason, nature, and morality in art,” terms that were “deliberately vague and varied according to the intent of the user.” This approach allowed painters without the specialized training of the lavish Rococo painters to break new ground by returning to the “noble simplicity and calm grandeur” of the Greeks.

Jason Rohrer unintentionally evoked this spirit at the Montreal International Games Summit last week, calling for a return to classical game-design theory focused on difficulty above all else. ‘We need to be inventing new challenges that complement what we’re trying to express, Rohrer said. “Then [game difficulty] won’t feel like a gimmick, but a potent expressive tool.” Game designers have fumbled around trying to create coherency from the mess of ideas that have emerged over the last six years—the period since the last generational upgrade in videogame machines. The industry has seemed to be expanding simultaneously in every direction; not a sprout thickening its stalk and reaching crookedly upward, but more of a supernova sending combustible matter out in a widening globe.

Nintendo allegedly left the reservation, abandoning the core for the thin outer layers of waggle play and utopian inanity (you said it, not me!). Call of Duty became a sport, playing Oblivion felt better than reading War and Peace, and Jonathan Blow made a metaphor for intimacy out of old-school mascot jumping. World of Warcraft and Club Penguin became ad-hoc social networks; Angry Birds and FarmVille reminded 500 million people that being good at simple things feels nice, no apocalyptica necessary.

During all of this, writers were mostly incapable of making sense of the volumetric bloom, leaning on hollow crutches like “indie,” “hardcore,” “casual,” and “social” to separate FreeRice from Modern Warfare. The inner life of a game lover was like a Rococo salon, overstuffed with ornamentation and clashing details that made up for the lack of coherence by covering every inch of theoretical space. You could almost predict what would happen next: people rejected the invasive clutter and returned to the root, seeking ordered elegance over innumerable wonder.

In the same way that Neoclassicists retreated to antiquarian formalism to counter the over-flourishing of new forms, neoclassical game design has rejected the expansionist bloom for concision and symmetry. For Rohrer, this involves de-privileging narrative in favor of difficulty. Game design must create elegantly difficult mousetraps and then find ways to make those traps thematically meaningful.

The inner life of a game lover was like a Rococo salon, overstuffed with ornamentation and clashing details that made up for the lack of coherence by covering every inch of theoretical space.

This material retraction to the gravitational core has been happening for years. David Jaffe renounced his God of War bombast to make Calling All Cars!. Shigeru Miyamoto abandoned Zelda and Pikmin for Wii Music and Nintendogs. Martin Hollis traded Bond and Joanna Dark for pruning carrot hair and sudoku. And now, apparently, Jason Rohrer is abandoning his narrotological digressions in Passage and Sleep is Death to embrace the German boardgame ethos of no art but the art of rules.

But the neoclassical instinct is no longer pawing at the margins of serious games; it is now showing in the most gilded of genres. Resistance 3, for instance, was an exercise in paring back the convolutions of its predecessors, cutting its multiplayer element from 64 players to just 16, and focusing on individual upgrade incentives over macro-conflict roleplaying. Likewise, the single-player element narrowed in focus and difficulty, cutting away the warfront hyperbole and focusing on the story of a man and an old scientist sneaking across a country after the war against aliens has already been lost. In this context, Insomniac Games’ decision to revive the classical idea of a health meter with health packs sprinkled around the environment did not just add difficulty. It mirrored the story’s theme by always reminding players how weak they were, and ensuring much of their time was spent scrounging for glowing green blips. If the post-apocalypse is about scarcity and decrepitude, here was a mechanic that implicitly reinforced the idea—no audio logs necessary (though the game had those too).

Rage is another big-budget shooting game that, if not narrow in scope, has a very definite restraint in its systems. The game is about one particular version of anarchy, not the direct democracy collectivism of the movement’s old guard, but the punk rock nihilism that’s seeped into the movement’s edges over the last several decades. It is the thought that views any external structures of power as enemies that must be violently destroyed—in fact they must be destroyed violently because all other forms of resistance serve as implicit surrenders to an external authority. As all id games are honed expressions of power and mastery, Rage is about anarchy as a way of dominating through violence. Your character moves quickly, alive with grenade bursts and snaking rocket trails, and the end objective is never more than to kill whatever opposes you. You’re free to smash all the china in the china shop, because the owner is dead and has no surviving relatives to inherit them.

Almost every open-world element in the game, from its approach to conversation (e.g., hit X to receive directions on whom to kill next) to the spoils of mini-games, funnels back into weaponry. Travel from point to point is more about killing bandits in dune buggies, and doesn’t reward exploration. It’s an open-world game that doesn’t offer any freedom of strategy, but only choice between the weapons you find it easiest to attack with. Rage is not a game about imagining how humans would rebuild the planet after an asteroid catastrophe, but instead a self-reflexive satire of our romance with violence. More Heinlein than Asimov, it celebrates the paradox that doing the wrong thing often comes with an exhilarating breeze of adrenaline and enlivenment.

Neoclassicism is even easier to see in short games that are less focused on plausible immersion—games often herded into the shapeless “indie” corral. Terry Cavanagh’s Hero’s Adventure, for instance, uses the familiar mechanic of a turn-based combat system from role-playing games to satirize how working through menus can encourage moral tone-deafness. In the game a young boy is sent outside to play before dinner, and undergoes a short adventure through the woods near his house. There he encounters rats, rabbits and cats, which he kills using standard “attack” and “magic” commands. During exploration, the game’s soundtrack is tranquil and restive, but for combat it switches to an uptempo guitar theme that encourages aggression.

After killing all the animals in the forest the boy buries them in a dark corner of the forest, his “secret place,” reframing all of the subsequent action. What had been a boyish adventure playing on all the standard expectations for a menu-based RPG suddenly becomes a dissociative animal-torture simulator. The play mechanic subsumes any moral questions and leaves players with the unpleasant thought that they can be accomplices to simulated torture when distracted by the right kind of framing.

Cavanagh’s game would fail Rohrer’s litmus test of using difficulty to be expressive, but it passes my neoclassical test of using a narrow set of mechanics to be maximally expressive. Instead of using a branching network of overlying systems simply to level you up to the point where you can kill the six-headed witch dragon in the end dungeon, it prunes its systems to a classical simplicity.

The neoclassical instinct is no longer pawing at the margins of serious games; it is now showing in the most gilded of genres.

When thinking about videogames it’s hard to separate the momentary effect on a player from the meaning of the experience. In the preceding decade, with its increasing complexity and clashing collision of systems, expressive experimentation and undisciplined sentimentality defined games. Designers found ways to make mechanics for bra removal and defecation, while players basked in manful sorrow and self-congratulation. In seeking to elevate difficulty as the primary expressive tool for designers Rohrer is calling for a more rigorous approach to theme and meaning, rejecting the idea that a game’s consumability equates to its canonical worth.

Yet there is little evidence that difficulty is an ideal method for more widely resonant meaning. Mirroring the thoughtless etymology of “indie” and “casual” as descriptors, “hard” has become a shorthand for worth in recent years. Reverent tales are spun about the suffering endured in Dark Souls, Monster Hunter Tri, Ikaruga, World of Warcraft, Ninja Gaiden, or Halo on heroic. How profoundly good it felt to do something opaque and almost impossible-seeming.

This is like arguing War and Peace is worth reading because it is long and boring, but once completed gives one a sense of both accomplishment and nostalgia. It’s true, but it’s not a reason to celebrate the book. We celebrate the form and function of art because it prompts us to discover new ideas and feelings in ourselves. In seeking to realize as many new uses for a form as pliable and diverse as videogames, it is sometimes possible to be swept away with a torrent of neat new mechanics without any thematic substance beneath them. A neoclassical era of game design would require that any element of design, difficulty or otherwise, be valued only so far as its function captures its meaning. We have had the proliferation of a thousand forms in videogames these last few years, and we will now pass into a period of perfecting a few, new and old at the same time, like any other act of human imagination.